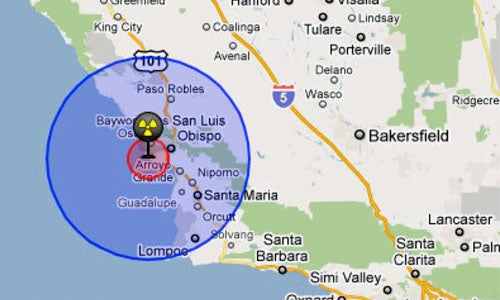 The two deadly, dangerous nuke reactors at Diablo Canyon may be on the brink of shut-down.

Citizen action is desperately needed on upcoming state regulatory decisions that could flip Diablo’s off switch, but would a Bernie Sanders victory in the California primary speed the process?

A dozen earthquake faults surround this huge double reactor complex, which sits 9 miles west of San Luis Obispo, half-way down the coast from San Francisco to Los Angeles. A disaster there would spew radiation into the Central Valley, where much of the nation’s winter produce is grown. Los Angeles would have just hours to evacuate in the wake of a Fukushima-type catastrophe. 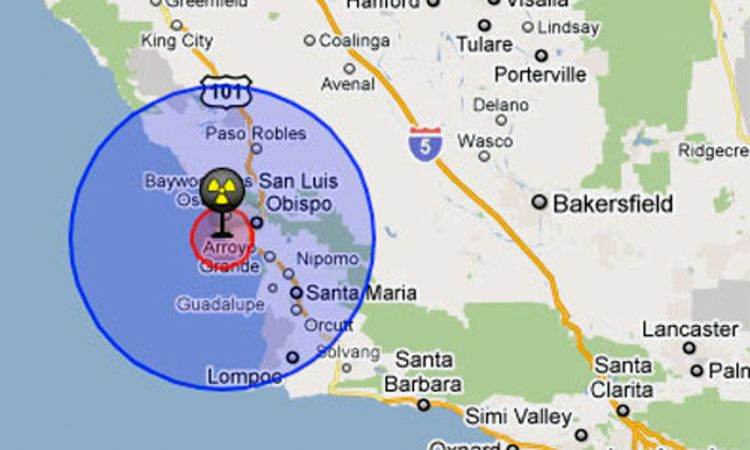 But these 30-year-old nukes cannot be guaranteed to safely withstand a likely seismic shock according to the Nuclear Regulatory Commission’s (NRC) own Dr. Michael Peck. Peck served five years as the NRC’s resident safety inspector at Diablo. He was transferred after he filed reports warning that required studies on Diablo’s ability to withstand seismic shocks had not been completed.

Diablo’s operating license should now be invalid. But the feds are letting it run anyway.

Would a President Sanders step in and force the reactors to shut until those studies were done? Would properly done studies then show that Diablo cannot, in fact, meet safe seismic standards and must be permanently closed?

On June 28, the California Lands Commission will meet in Sacramento to decide on a critical lease extension. The three-member commission includes Gavin Newsom, the likely Democratic front-runner in the 2018 race for the governor’s seat being vacated by Jerry Brown.

The extension involves land leased by Pacific Gas & Electric for Diablo. Linda Seeley of the San Luis Obispo Mothers for Peace characterizes its deliberations like this:

It would require a preliminary EIR, time to review, and then a final EIR. All of this takes a lot of time. PG&E would have to mitigate for environmental harms, but for some of them there could be no mitigation. The whole process could take a long time, and the mitigations could cost PGE lots of dinero.

The California Coastal Commission and State Water Resources Board could also hang Diablo in regulatory requirements. Despite the hype that it “helps” with global warming, Diablo dumps more super-heated water into the ocean than any other California power plant. Should cooling towers be required, PG&E would have to get the California Public Utilities Commission (CPUC) to force rate payers to foot the bill, which could soar as high as $14 billion.

The CPUC recently approved a 15 cents/kwh tariff for solar-generated electricity, which, along with cheap gas has thrown Diablo’s economics into chaos. In 2010 PG&E’s negligence caused a natural gas explosion that killed eight people in San Bruno. It is under federal indictment for those deaths, and is being investigated for a cover-up. The CPUC fined PG&E $1.4 billion in the case.

None of that has deterred a desperate nuke power industry. Reactors are now at the brink in Massachusetts, New York, Nebraska, Ohio, Alabama and elsewhere. California “No Nukers” forced shut reactors at San Onofre, Rancho Seco and Humboldt, and stopped construction at Bodega and Bakersfield.

The industry is spending millions to keep our biggest state from going totally post-nuclear. Hugely funded pro-nukers have poured into San Luis Obispo to stage “grassroots” marches and rallies prior to the June 28 California State Lands Commission meeting. PG&E lawyers demand the CPUC be abolished for having fined the company, for supporting solar energy and possibly in anticipation of trying to force the public to pay for cooling towers.

Coming from Vermont, where grassroots action has shut the Yankee nuke, Candidate Sanders’s official position is this:

Begin a moratorium on nuclear power plant license renewals in the United States. Sanders believes that solar, wind, geothermal power and energy efficiency are proven and more cost-effective than nuclear—even without tax incentives—and that the toxic waste byproducts of nuclear plants are not worth the risks of the technology’s benefit. Especially in light of lessons learned from Japan’s Fukushima meltdown, Sanders has also raised questions about why the federal government invests billions into federal subsidies for the nuclear industry. We can have an affordable carbon-free, nuclear-free energy system and we must work for a safe, healthy future for all Americans.

Since the Diablo license is soon up for renewal, and since its operations depend on federal subsidies (most importantly for liability insurance), a Sanders victory in Tuesday’s California primary might mark a step toward shutting Diablo.

But far more important is that Sanders’ supporters stick with the issue. To make a real difference, Sanders voters in California and elsewhere must escalate their activism after they cast their ballots.

The ultimate difference will be made by those who turn the tide June 28 at the California State Lands Commission, and at the Coastal Commission and CPUC hearings to come, and in the day-to-day organizing by which we shut these nukes.

In the weeks and months to come, it’s the tangible activism beyond voting that must shut Diablo before it blows.

Harvey Wasserman was arrested at Diablo Canyon in 1984. His Solartopia! Our Green-Powered Earth is at Solartopia.org, along with The Strip & Flip Selection of 2016, written with Bob Fitrakis. His America at the Brink of Rebirth: The Organic Spiral of U.S. History is coming soon.