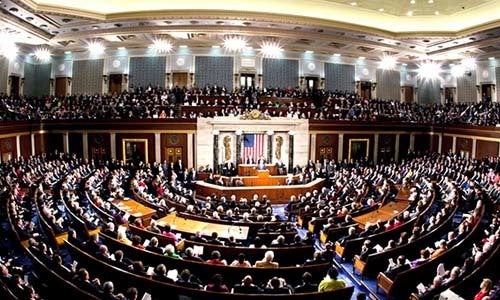 In his final State of the Union speech tomorrow night, President Obama will certainly have a lot to say about the economy, terrorism, gun control and health care. But he is also likely to address climate change, energy and other issues that Union of Concerned Scientists (UCS) works on more directly. Here’s a look on what he’s likely to say on these issues, as well as some things he should say about them, but may not.

President Obama will give his final State of the Union speech Tuesday night.

A Banner Year on Climate Change

In last year’s State of the Union address, President Obama stated that “no challenge poses a greater threat to future generations than climate change,” and said he was “determined to make sure that American leadership drives international action.” By aggressively implementing his Climate Action Plan—especially EPA’s standards on the amount of carbon pollution that the nation’s power plants are allowed to dump into the atmosphere—and engaging in nonstop diplomacy with China, India, Brazil and other key countries, the president and his team laid the groundwork for last month’s historic climate agreement in Paris. Expect President Obama to claim his share of the credit for this achievement, which blows a gaping hole in opponents’ arguments that other countries won’t join the U.S. if we take action on climate change. Also expect him to lay out the economic, environmental and security benefits of such action and to commit to keep working for additional progress on this critical issue until his last day in office. Not only is this the right thing to do; it also is good politics, as the American public—including a majority of Republicans—strongly supports regulating carbon dioxide as a pollutant.

President Obama may well mention Mission Innovation, the commitment announced in Paris by the U.S. and 19 other countries to double the level of government investment in clean energy technology R&D over the next five years and call for bipartisan support for this initiative. He may acknowledge the extension of the investment tax credit and production tax credit provisions for solar, wind and other renewable sources in the comprehensive tax bill passed by Congress last month and how this will continue the rapid increase in electricity production these clean energy resources have experienced since he took office in 2009.

He will likely discuss how climate-related impacts—including tidal flooding linked to sea level rise, forest die-back, wildfires, heatwaves, drought, health effects and threats to iconic landmarks and to our electricity system—are increasingly affecting local communities across the country and ask Congress to join him in increasing federal assistance to state and local governments to prepare for and cope with the consequences of climate change.

President Obama may also highlight the need for climate justice and equity to be key components of efforts to build resilience in communities on the frontlines of climate change and put in a plug for his solar access initiative, which seeks to ensure that disadvantaged communities enjoy full access to clean, renewable forms of energy and benefit from the rapid growth of clean energy jobs.

Clean Vehicles and Fuels: Good Progress and More to Come

The increasing fuel efficiency of our vehicle fleet is a major contributor to recent reductions in oil and gasoline prices; the president was part of a bipartisan group of Senators who helped pass historic legislation in 2007 that increased the federal corporate average fuel economy (CAFE) standards for light-duty vehicles for the first time in 20 years and he built on that success during his first term as president by adopting even more ambitious standards for new light-duty vehicles out to 2025. He now needs to ensure that the analysis and technology assessments that his agencies use as they prepare for next year’s mid-term evaluation of these standards is based on the best information and science. That will allow the next administration to have the best data in hand when assessing how to keep the 2025 standards strong.

In his 2014 State of the Union address, the president committed to keep working to improve vehicle efficiency, “by setting new standards for our trucks, so we can keep driving down oil imports and what we pay at the pump.” This spring, the Obama administration is set to finalize these standards to increase fuel efficiency in our heavy-duty trucks, which make up less than 7 percent of cars on the road but use more than 25 percent of our oil. While strong, the administration’s proposed standards could still be improved, according to UCS analysis. Stronger standards would require a 40 percent reduction in fuel consumption by 2025—a technically feasible and cost-effective target that, when compared to the current proposal, would save more fuel and sooner. When final, these standards will be another major component of the comprehensive strategy that’s needed to cut our oil use in half through efficiency and innovation, reducing the problems oil causes our economy, our security, our environment and our climate.

President Obama also can and should do more to address the supply side of the equation. For the fact is that unnecessary leaking, venting and flaring of methane dramatically increases the greenhouse gas emissions associated with extracting, refining and producing a barrel of oil. The Obama administration has already proposed regulations to address methane leaks from new and modified oil and gas production; tomorrow night, the president should announce that not only will he finalize those standards, but that he will also move to set standards for existing drilling sites before he leaves office next year.