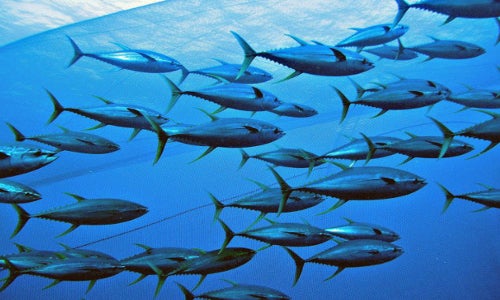 Canned tuna is one of the world’s most popular packaged fish, but it has also long been controversial. Between issues of overfishing resulting in fishery depletion and bycatch that threatens other species including the much-publicized incidental capture of dolphins by tuna fishermen, it has gotten a bad name. With the increased awareness of the harm tuna fishing can cause, companies have stepped up to try to reassure consumers that they are paying attention to the health of our oceans. 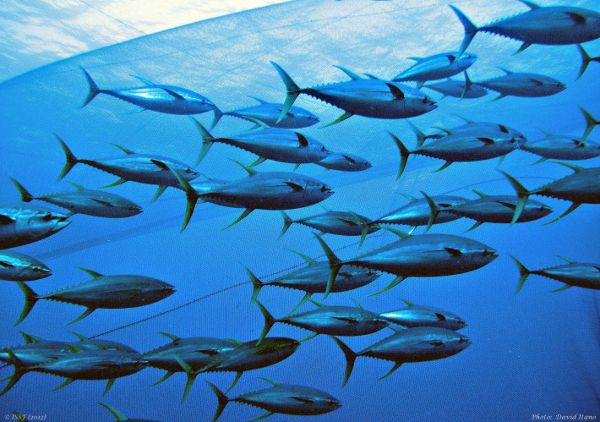 San Diego-based Chicken of the Sea, one of the largest U.S. distributors of packaged seafood, recently issued its corporate sustainability report. The company boasted numerous ways it has increased its commitment to corporate sustainability—decreasing waste through recycling, cutting water use, becoming more energy efficient at its facilities, reducing its carbon footprint through better transportation logistics and continuing to evaluate its packaging for its environmental impact. It announced a series of goals it plans to meet by 2020.

“While we’ve made good progress, looking ahead, we face very real challenges in several of our key areas,” said David Roszmann, the company’s COO and leader of its sustainability efforts. “On the environmental front, we must be aggressive about identifying and implementing new technologies and behaviors to improve our energy efficiency. We must also continue to pay close attention to our supply chain and its impacts.”

Those include the impact of fishing on the ocean’s ecosystem. Its commitment to sustainable fishing practices receives less emphasis in its report than its energy-efficiency and waste-cutting measures. It promises to more aggressively audit its suppliers for their procurement practices, setting a goal of auditing 90 percent by 2020 and working toward increasing the amount of fish it sources from sustainable fisheries.

“As a founding member of the International Seafood Sustainability Foundation (ISSF), Chicken of the Sea strongly supports all of the foundation’s initiatives,” the company says.

The ISSF was formed in 2009 by scientists, environmental activists and players in the seafood industry such as Chicken of the Sea. It works directly with fisheries to upgrade their practices to protect the health of marine ecosystems, reduce bycatch, eliminate illegal fishing practices and maximize catch while conserving marine species. It offers information on fishing methods and updates on fishing stocks and conservation efforts. It’s one of the groups working to push for commitment to sustainable fishing practices from all players along the marine food business chain.

Another is UK-based, international nonprofit organization Marine Stewardship Council (MSC), which sets standards for fisheries and offers a label for products to display to let customers know that the product has been traced to sources that use sustainable fishing practices. It works with fisheries around the world as well as retailers to encourage the availability of more such products and advocates for restoring and maintaining the health of the oceans in the face of climate change. It points out that “Healthy, renewable food from fisheries will become more important as agriculture suffers from drought and other impacts of climate change.” It even hosts a website called Fish and Kids to educate the next generation about the importance of sustainable fishing through games, recipes and other projects.

The website Sustainable Canned Tuna provides information for consumers in simple and easy-to-grasp fashion. It even offers suggestions for brands of tuna to look for or purchase online that guarantee the fish was caught sustainably. Among the top choices are Raincoast Trading and Wild Planet Foods, two smaller packaged seafood companies that trace all their tuna from the fishing ship to the can and offer only sustainably caught seafood throughout their product lines, doing now what Chicken of the Sea promises to do sometime in the future.

Wild Planet Foods was launched just over a decade ago by two industry veterans who wanted to provide wild seafood that was caught in a way that protected marina habitats. “The natural ocean ecosystem is an abundant food production resource that must remain that way; the name Wild Planet arose from this concept,” the company says. The company sells wild-caught seafood products like tuna, salmon and sardines, using fishing methods that assure no other forms of marine life are trapped or injured in the process. It’s also active in supporting initiatives for protected marine preserves. 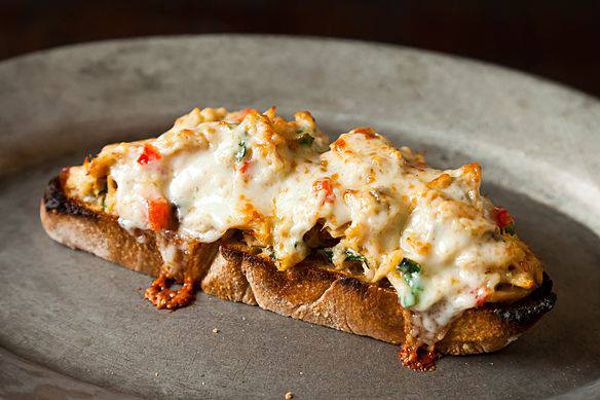 Is your tuna melt sustainable? If it’s made with Wild Planet tuna it is. Photo credit: Wild Planet

The Vancouver-based Raincoast Trading, which distributes its products in both Canada and the U.S., was founded 20 years ago by the scion of a fourth-generation fishing family who had become concerned about the future of fishing habitats. It uses sustainable practices not only in catching but also in the processing and packaging of its products at its Canadian cannery. Like Wild Planet, it actively works to oppose such threats as overfishing, bycatch and habitat damage by tracing the harvesting techniques used to catch the fish it sells.

Another major player in canned tuna business, Starkist, promotes that it was the first company to adopt a dolphin-free policy in 1990. Also a founding member of the ISSF, its corporate responsibility statement talks about its commitment to fighting illegal fishing, promoting marine ecosystem health and its policy of purchasing fish only from ship-owning companies that don’t permit shark finning (the practice of collecting fins and discarding the carcass).

With major companies like Chicken of the Sea and Starkist looking to paint themselves more ocean-friendly and smaller businesses like Wild Planet and Raincoast Trading already responding to consumer demand for sustainable foods, it’s clear the future of the oceans and the life they sustain are likely to play a steadily increasing role in the thinking and practices of seafood providers.