What Role Does Nutrition Play in ADHD? 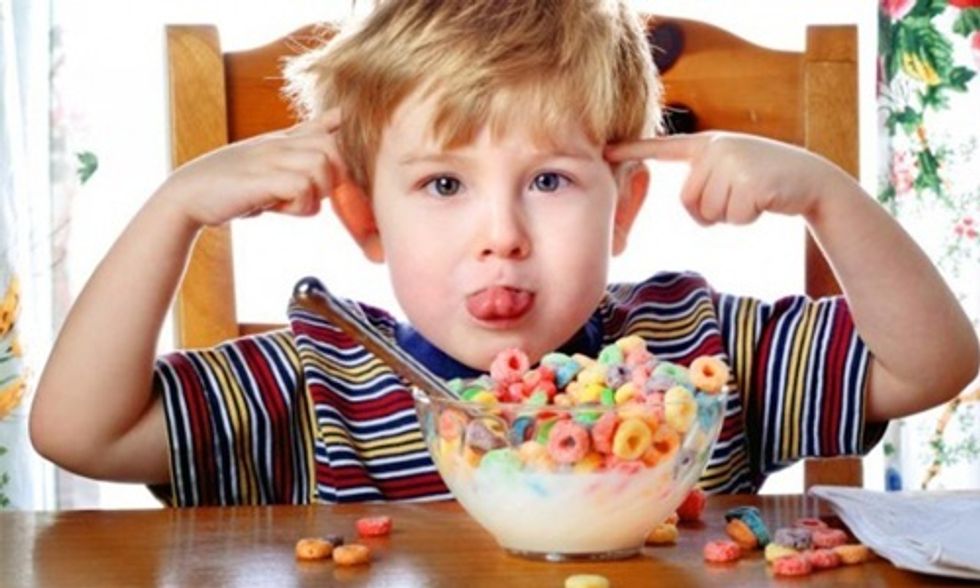 There's no evidence that the behavioral disorder ADHD is caused by diet.

However, research suggests that for some people, dietary changes can improve symptoms.

In fact, a substantial amount of research has examined how nutrition affects ADHD.

This article is an overview of these findings, discussing the foods, diets and supplements involved.

ADHD is a complicated behavioral disorder and common treatments include therapy and medication.

It's one of the most common disorders children can have, but also affects many adults (3, 4).

The exact cause of ADHD is unclear, but research shows that genetics play a major role. Other factors, such as environmental toxicity and poor nutrition during infancy, have also been implicated (5, 6, 7, 8).

ADHD is believed to originate from low levels of dopamine and noradrenaline in the region of the brain responsible for self-regulation (9, 10, 11).

This, in turn, affects the ability to work, do well in school and maintain appropriate relationships, which can decrease quality of life (15, 16, 17, 18, 19).

ADHD is not considered to be a curable disorder and treatment instead aims to reduce symptoms. Behavioral therapy and medication are mostly used (20, 21).

Bottom Line: ADHD is a complicated behavioral disorder and common treatments include therapy and medication. Dietary changes may also be useful.

The science behind food's effects on behavior is still quite new and controversial. However, everyone can agree that certain foods do affect behavior.

For example, caffeine can increase alertness, chocolate can affect mood and alcohol can totally change behavior (23).

Nutritional deficiencies can also affect behavior. One study concluded that taking a supplement of essential fatty acids, vitamins and minerals led to a significant reduction in antisocial behavior, compared to a placebo (24).

Vitamin and mineral supplements can also reduce antisocial behavior in children and poly-unsaturated fatty acids have been shown to decrease violence (25, 26).

Since foods and supplements have been shown to influence behavior, it seems plausible that they could also affect ADHD symptoms, which are largely behavioral.

For this reason, a good amount of nutrition research has looked into the effects of foods and supplements on ADHD.

Mostly, two types of studies have been performed:

Bottom Line: Studies show that certain foods and supplements do affect behavior. For these reasons, quite a few studies have looked into how nutrition affects ADHD symptoms, which are mostly behavioral.

Many studies have shown that children with ADHD often have unhealthy eating habits or nutrient deficiencies (27, 28, 29, 30).

This caused researchers to speculate that supplements might help improve symptoms.

Nutrition studies have looked into the effects of several supplements on ADHD symptoms, including amino acids, vitamins, minerals and omega-3 fatty acids.

Every cell in your body needs amino acids to function. Among other things, amino acids are used to make neurotransmitters or signaling molecules in the brain.

In particular, the amino acids phenylalanine, tyrosine and tryptophan are used to make the neurotransmitters dopamine, serotonin and norepinephrine.

People with ADHD have been shown to have problems with these neurotransmitters, as well as low blood and urine levels of these amino acids (31, 32).

For this reason, a few trials have examined how amino acid supplements affect ADHD symptoms in children.

Tyrosine and s-adenosylmethionine supplements have provided mixed results, with some studies showing no effects and others showing modest benefits (33, 34, 35).

Bottom Line: Amino acid supplements for ADHD show some promise, but more studies need to be done. For now, the results are mixed.

Iron and zinc deficiencies can cause cognitive impairment in all children, whether or not they have ADHD (36, 37, 38).

However, lower levels of zinc, magnesium, calcium and phosphorous have repeatedly been reported in children with ADHD (39, 40, 41).

Several trials have looked into the effects of zinc supplements and all of them reported improvements in symptoms (42, 43, 44).

Another two trials assessed the effects of iron supplements on children with ADHD. They also found improvements, but again, more research is needed (45, 46).

The effects of mega-doses of vitamins B6, B5, B3 and C have also been examined, but no improvements to ADHD symptoms were reported (47, 48).

Nevertheless, a 2014 trial of a multivitamin and mineral supplement did find an effect. The adults taking the supplement showed a convincing improvement on ADHD rating scales after 8 weeks, compared to the placebo group (49, 50).

Bottom Line: The results from vitamin and mineral supplement studies have been mixed, but several show promise.

Children with ADHD generally have lower levels of omega-3 fatty acids than children who don't have ADHD (51, 52).

What's more, the lower their omega-3 levels, the more learning and behavioral problems the ADHD children seem to have (53).

Therefore, it's not surprising that many studies have found omega-3 supplements to cause modest improvements to ADHD symptoms (54, 55, 56, 57, 58).

People with ADHD are more likely to have adverse reactions to food, which caused speculation that eliminating problematic foods might help improve symptoms (30, 66).

Studies have examined the effects of eliminating many ingredients, including food additives, preservatives, sweeteners and allergenic foods.

By accident, an allergist named Dr. Feingold discovered that food could affect behavior.

In the 1970s, he prescribed a diet for his patients that eliminated certain ingredients that produced a reaction for them.

The diet was free of salicylates, which are compounds found in many foods, medications and food additives.

While on the diet, some of Feingold's patients noted an improvement in their behavioral problems.

Soon after, Feingold started recruiting children diagnosed with hyperactivity for dietary experiments. He claimed that 30–50 percent of them improved on the diet (67).

His work was celebrated by many parents, who formed the still-existent Feingold Association of the U.S. (68).

Although reviews concluded the Feingold diet was not an effective intervention for hyperactivity, it stimulated further research into the effects of food and additive elimination on ADHD (69, 70, 71).

Bottom Line: The Feingold diet pioneered elimination diet research for ADHD. It improved symptoms in children with ADHD, although recent evidence is mixed.

After the Feingold diet was no longer considered effective, researchers narrowed their focus to look at artificial food colors (AFCs) and preservatives.

This is because these substances seem to affect the behavior of children, regardless of whether or not they have ADHD (72, 73).

One study followed 800 children suspected of hyperactivity. 75 percent of them improved while on an AFC-free diet, but relapsed once given AFCs again (74).

Another study found that hyperactivity was increased when 1,873 children consumed AFCs and sodium benzoate, a preservative (75).

Yet even though these studies indicate that AFCs can increase hyperactivity, many people claim the evidence is not strong enough (1, 54, 76, 77, 78, 79).

Nonetheless, the Food and Drug Administration (FDA) requires certain AFCs to be listed on food packages. The EU, on the other hand, requires foods containing AFCs to have a label warning of adverse effects to children's attention and behavior (80, 81, 82, 83).

Bottom Line: AFCs may affect behavior in children, although some say the evidence is not strong enough. However, the FDA and the EU require food labels to list additives.

Soft drinks have been linked to increased hyperactivity and low blood sugar is also common in those with ADHD (84, 85).

Furthermore, some observational studies have found sugar intake to be related to ADHD symptoms in children and adolescents (86, 87).

Theoretically, it's more likely that sugar causes inattention, rather than hyperactivity, as blood sugar imbalances can cause attention levels to drop.

Bottom Line: Sugar and artificial sweeteners have not been shown to directly affect ADHD. However, they may have indirect effects.

The Few Foods Elimination Diet is a method that tests how people with ADHD respond to foods. Here's how it works:

Twelve different studies have tested this diet, each of which lasted 1–5 weeks and included 21–50 children.

Of the children who responded to the diet, most reacted to more than one food. While this reaction varied by individual, cow's milk and wheat were the most common offenders (92, 94, 100).

The reason why this diet works for some children and not others is unknown.

Bottom Line: The Few Foods Elimination Diet is a diagnostic tool to rule out problems with food. All studies have found a favorable effect in a subgroup of children, usually more than half.

Research about how food affects ADHD symptoms is far from conclusive.

Yet the studies mentioned here suggest that diet can definitely have powerful effects on behavior.

10 Superfoods That Will Keep You Healthy This Winter