What Keeps Bill Nye Up At Night? 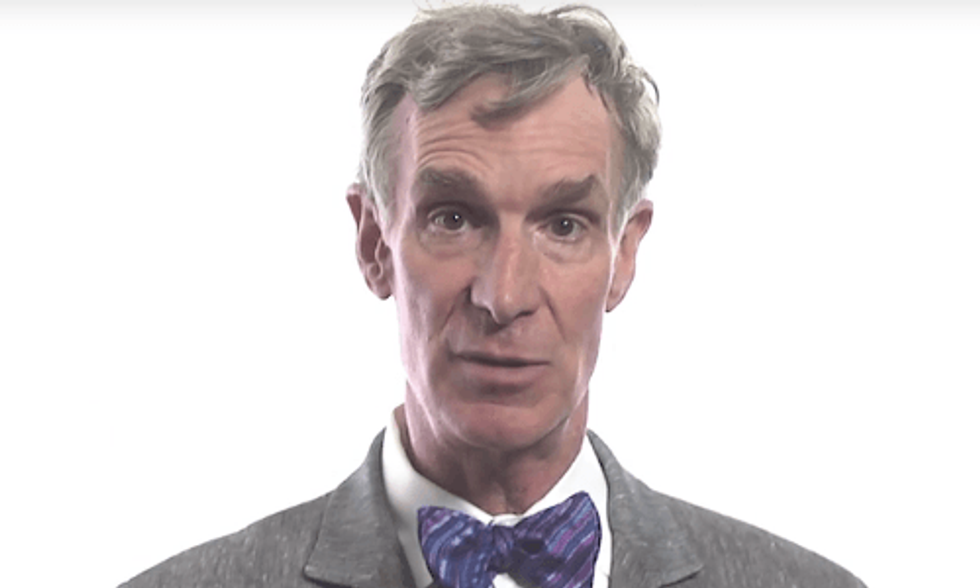 On Big Think’s weekly segment, #tuesdayswithbill, producer Elizabeth Rodd asked the Science Guy one of her favorite questions: “What keeps you up at night?”

"So if you’re a denier out there I strongly encourage you to cut it out. Just change. Just get to work," said Bill Nye. Photo credit: Big Think

"Climate change keeps me up at night. Everywhere I look there are opportunities to be addressing climate change and everywhere I look we are not doing it. And by 'we' I mean not just humankind writ large but my United States where I grew up, where I went to engineering school, where I worked as an engineer trying to make the world better for somebody. And we are missing all these opportunities. It’s just crazy making."

The famous educator also rallies against climate-deniers' notorious war on facts. Ninety-seven percent of scientists agree that climate change is man-made. Meanwhile, many prominent politicians (several of whom want to be your president) continue to ignore this environmental and humanitarian crisis, and some state officials have even banned the words "climate change" or "global warming" all together.

"These people who are in denial of climate change. If you’re a denialist and this will probably find its way to you and you will post these crazy mean spirited comments about me and knock yourself out. It’s fine. If that brings you joy, okay," he said.

"But if somebody told you that there is no connection whatsoever between smoking and cancer would you vote for that person? Would that be somebody you’d trust now? Fifty years after that discovery was made?" Nye pointed out. "Well the connection between humans and climate change is about that strong and by some very reasonable modern statistical reckoning slightly stronger. So if you’re a denier out there I strongly encourage you to cut it out. Just change. Just get to work."

Nye has spoken out on climate denial many times before. At Rutgers University's commencement speech last May, he called on the students to take immediate action on climate change. "I want you all to preserve our world in the face of climate change and carry on as the next great generation,” he said.

Also in the Big Think video, the Planetary Society CEO explains his frustration about the tiny percentage of government funding that goes to scientific research and space exploration (at an abysmal 0.4 percent, Nye says).