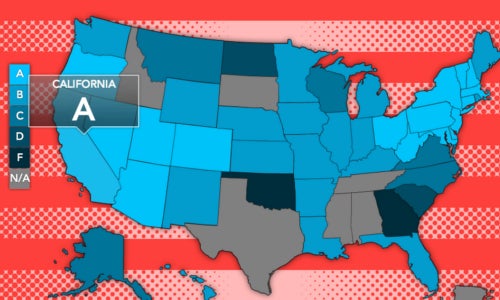 Vote Solar and the Interstate Renewable Energy Council (IREC) recently published report cards grading each state on policies related to net metering and interconnection—two measures that are critical in utilities allowing people to generate their own power.

California, Massachusetts, Oregon and Utah each received “A” grades in both categories of the seventh annual Freeing the Grid report. Only six states got an “A” in interconnection, including those four. 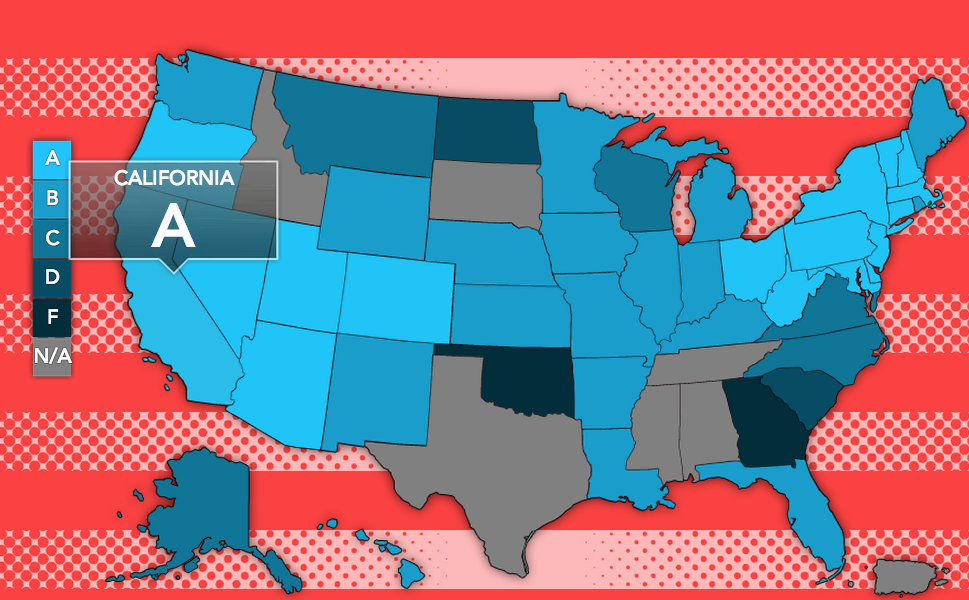 To view an interactive map with each state’s grade for 2013 and prior years, click on this image. Graphic credit: Vote Solar and Interstate Renewable Energy Council

“These policies have long been the foundation of strong state solar markets, and that’s more true today than ever before,” Vote Solar’s Rosalind Jackson wrote in a statement. “Solar is increasingly affordable and incentive programs are winding down in many states … It’s critical that we keep the way clear for more Americans to generate their own solar power. Strong net metering and interconnection procedures at the state level do just that.”

About two-thirds of states got an A or B on net metering, which is defined by Vote Solar and IREC as a policy that ensures renewable energy customers receive full credit on their utility bills for clean power they put back on the grid. Washington DC and Minnesota both improved their net metering grades compared to last year, while no states declined since 2012.

“These policies allow individuals, businesses, schools and others to connect renewable energy systems to the grid under transparent terms and receive a fair credit for excess energy they produce while following practices of safety and reliability,” IREC CEO Jane Weissman said.

Interconnection are rules that an energy customer must follow to be able to plug their renewable energy system into the grid, Jackson said.

“This process should be straightforward, transparent and fair,” she said. “Our Freeing the Grid interconnection grading methodology was updated for 2013 to reflect current best practices.”

The report singled out three states for worst practices—Arizona, Colorado and Idaho. Utilities in each of those states made proposals in 2013 to weaken net metering and/or assess new charges on customers who want to go solar. There were three “F” grades between the two categories—Oklahoma and Georgia in net metering and South Carolina in interconnection.

“We are in the midst of a transition to the era of mainstream renewables that gives Americans control over their power supply and energy bills like never before,” Jackson said. “[The report] is designed to help policymakers and other stakeholders make better sense of best practices and what needs to be done in their own state to clear the way for a 21st-century approach to energy.”