What Is With the Bacon Craze? 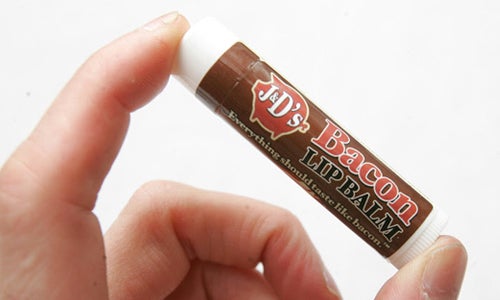 What is the deal with bacon?

About five years ago, an entrepreneur who was starting a custom cookie business came into the office of the newspaper where I worked, carrying samples of her product for us to sample and review. I was baffled to see they included a chocolate chip bacon cookie. Some of the non-vegetarians in the office consumed them eagerly but it seemed like a combination of ingredients that just didn’t mesh. Since then, I’ve seen chocolate bacon bars in many markets that carry high-end candy. Chic cocktail lounges are offering “Bacontinis”—bacon martinis. And bacon ice cream has turned up at the sort of handcrafted ice cream parlors that invent their own custom flavors. 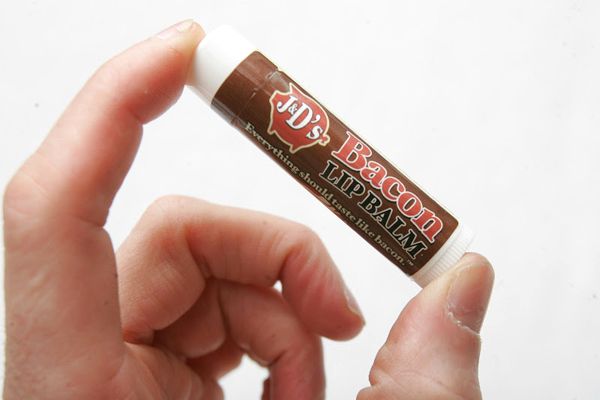 In addition to very high fat content, bacon, like all processed meats, is high in the nitrates and nitrites used to cure and preserve such meats.

What is going on here? Sure, the non-vegetarians tell us they love its crispy texture and rich, salty flavor, but how did bacon escape from breakfast menus? And is this trend really a good thing?

At one point, the magazine reveals, bacon was almost entirely a breakfast food—except in the summer and early fall, when sales spiked with the tomato crops because of the popularity of BLT and club sandwiches and Cobb salads, which include both ingredients. That was challenging enough. But with the ’80s fitness craze, bacon fell from favor and fell in sales.

In the ’90s the National Pork Board got the idea to sell bacon as a “flavor enhancer” to restaurant chains to lure customers tired of “lean” food with a bland taste. That went well, but it really took off when pre-cooked bacon that retained its flavor was developed, eliminating the messiness of frying it up on site. The Pork Board now had a tool to sell its product to more restaurants who began to add it their sandwiches. The more big chains did this, the more people craved it, which eventually led to oddities like bacon chocolate chip cookies.

“In the past decade, bacon has grown into an industry generating more than $4 billion in annual sales,” said Business Week. “More than cupcakes, ramen or kale, bacon has become the defining food trend of a society obsessed with food trends.” Sales are growing about 10 percent a year.

But should we really be consuming all that bacon?

One of the reasons bacon fell from favor in the first place is that it’s not a very healthy food. Bacon is almost 70 percent fat, half of that saturated fat. It’s loaded with cholesterol. And that can cause your own cholesterol level to spike. The American Heart Association suggests that no more than 7 percent of your diet should be saturated fats. So that means a very little bit of bacon at most, not the plateful many people tend to consume.

In addition to very high fat content, bacon, like all processed meats, is high in the nitrates and nitrites used to cure and preserve such meats. These chemicals have been strongly linked with cancer, especially prostate cancer. The American Institute for Cancer Research says that no amount of such meats—which also include salami, hot dogs, sausage and pepperoni—is safe. Maybe they’re erring on the side of caution, but that suggests it’s probably not wise to order bacon with every course of your meal.

You may love bacon’s salty taste but all that sodium isn’t good for you either. It can raise blood pressure, which increases the risk of heart disease, kidney disease and stroke.

With the renewed profitability of bacon (and pork, “the other white meat”), more pigs are being raised on industrial-scale hog farms or CAFOs (confined animal feeding operations). That results in the spread of diseases, the overuse of antibiotics to try to prevent or limit the spread of disease and the growth of antibiotic-resistant bacteria—all of which can end up in your meat. And Consumer Reports found that about 20 percent of the pork products they tested contained ractopamine, a drug that promotes growth in pigs. It’s banned in the UK and China but commonly used in the U.S. If you insist on eating bacon, buying organic is the way to go.

And finally, hog farming is bad for the environment. Those industrial-scale farms produce industrial-scale pig waste that stinks up the air and befouls water supplies. That happened in the Des Moines, Iowa area where the same unhealthy nitrates found in processed meats were discovered in the drinking water. That meant lots of money spent by the local water system to filter the water on an ongoing basis. Hog waste spills have wreaked damage on streams, lakes and wetlands.

“In 1995 an eight-acre hog-waste lagoon in North Carolina burst, spilling 25 million gallons of manure into the New River,” the Natural Resources Defense Council reported. “The spill killed about 10 million fish and closed 364,000 acres of coastal wetlands to shellfishing. Runoff of chicken and hog waste from factory farms in Maryland and North Carolina is believed to have contributed to outbreaks of Pfiesteria piscicida, killing millions of fish and causing skin irritation, short-term memory loss and other cognitive problems in local people.”

Think about that the next time you’re tempted by bacon ice cream. Isn’t that butter pecan starting to sound good?