What Is Cupping and Why Are Olympic Athletes Like Michael Phelps Doing it? 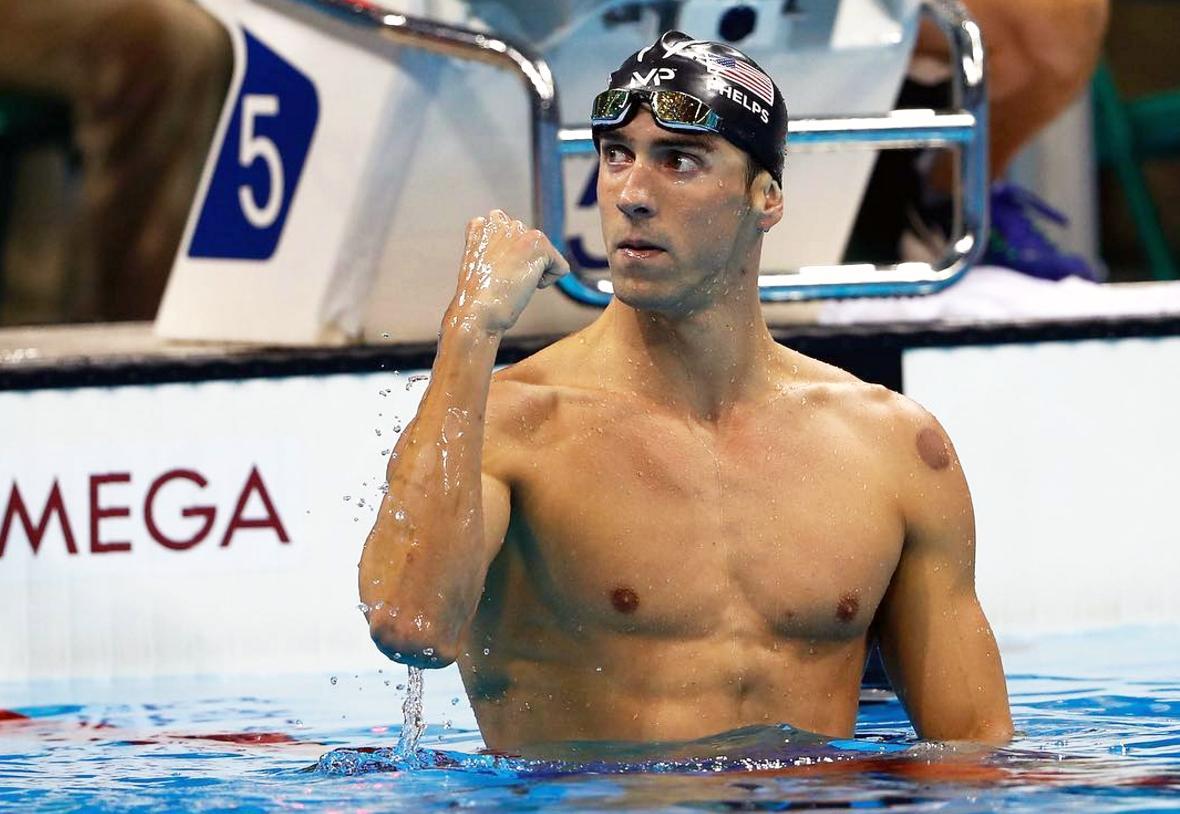 If you’ve been watching the Olympic games, you may have spotted the spots: large, red and purple circles on the backs, shoulders, chests, arms and legs of swimmer Michael Phelps, gymnast Alex Naddour and other top athletes.

So What’s the Deal?

Those circles are the marks left behind by cupping, an ancient Chinese healing practice that involves placing special cups on the skin and using heat to create suction and promote blood flow. While some believe that the marks are a result of broken blood vessels, Joel Granik, co-founder and director of Floating Lotus, a holistic wellness and float center in New York City, is quick to point out that misconception.

“The red marks are due to stagnant blood and fluid that may have been stuck for a long time being brought up by the suction from deep inside the tissue so the body can flush it out,” Granik explained. 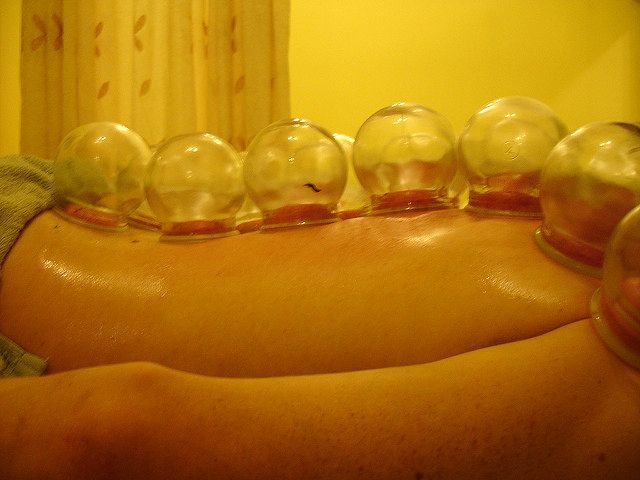 Those marks don’t look pretty, but according to the International Cupping Therapy Association, cupping can actually be pretty relaxing. “The pulling action engages the parasympathetic nervous system, thus allowing a deep relaxation to move through the entire body,” they write on their website. “It is not unusual to fall asleep when receiving this treatment.”

Not Just for Athletes

Though many Olympians swear by it for recovery and injury prevention (Naddour told USA Today it’s been keeping him healthy all year, stating “It’s been better than any money I’ve spent on anything else”), you don’t need to be an athlete to benefit from the therapy. “While cupping is particularly beneficial for athletes, we recommend it for anyone looking to balance their body,” Granik said. At Floating Lotus, the therapy is meant to balance the entire body and mind. “Every treatment I perform, I keep that in mind, even if it’s putting a cup on a painful spot. It helps balance out the full body, and when the body is balanced out, you’re balancing out your life,” he said.

That said, if you’ve got a specific problem area, expect to see major improvements there. The biggest benefit of cupping is to help relieve the stagnation of the natural flow of blood and energy throughout the body,” Granik explained. “People feel the quickest relief when they suffer from acute pain in a muscle or joint or strains and tensions from sitting too long at work in front of the computer, hunching over a desk, from walking too long in uncomfortable shoes without support or not being able to keep a good posture during the day. All of that creates tension in the body and micro-injuries that cupping helps relieve as that tension creates stagnation.”

In one 2012 study of patients with osteoarthritis of the knee, those that underwent eight sessions of cupping within four weeks had less pain than those who didn’t get cupping. Another study found that cupping therapy alleviated neck pain, too, though it’s important to factor in the possibility of a placebo effect in both studies (not to discount the placebo effect—research shows that even when patients know they’re taking a placebo, it’s still 20 percent more effective than no treatment).

Inna Shamis Lapin, who’s been getting cupping done since she was 3-years-old, swears by the therapy to shorten illness and give her immediate relief when she has a cough or chest congestion. “I was a child who suffered pretty bad bronchial issues and colds and so my parents used this in an effort to provide some relief to my coughing and colds,” she said. “To this day, it’s something I turn to when I’m not feeling well!”

Make It a Combo

To get an even bigger boost from cupping, Granik recommends pairing it with acupuncture. “Cupping and acupuncture go together like hand and glove. In fact, most of my patients who get cupping also get acupuncture alongside it,” he said. “Acupuncture signals to the body that we’re working on that area to increase the potency of cupping.”

Kim Livengood, founder of The Eclipse Agency, started doing cupping when her acupuncturist recommended it. “Originally I had it done for knots in my neck from sitting at the computer but since I started running two years ago it also helps all my pain go away,” she said. Now she goes monthly … and she’s not likely to cut back anytime soon. “It’s instant gratification,” she said. “I would choose it over massage [and] pedicures.”

Is the 2020 Olympics an Opportunity for Japan to Tackle Seafood Sustainability?