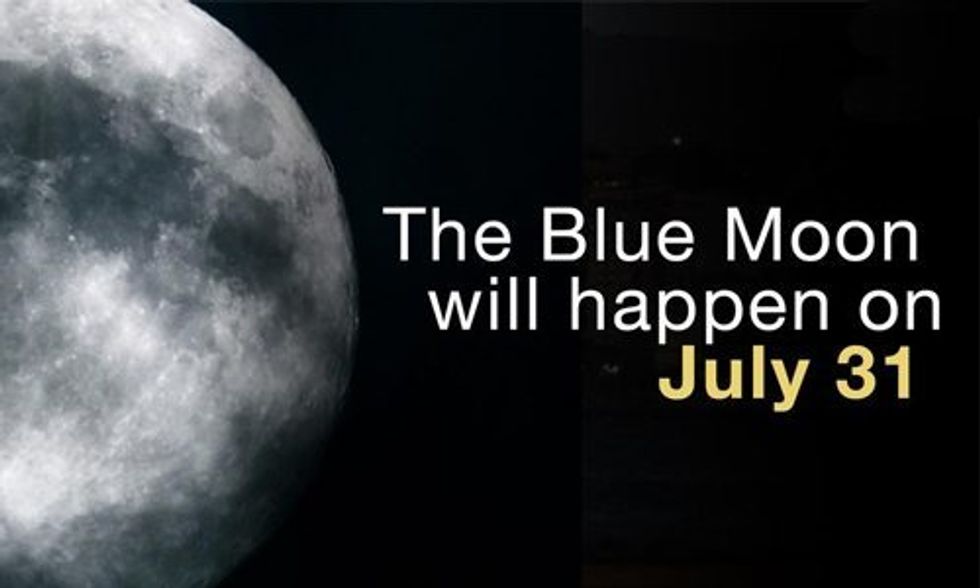 We've all heard the expression "once in a blue moon," but have you ever stopped and thought to yourself, "What is a blue moon?" and "How rare are they actually?"

Well, a blue moon happens when there are two full moons in one month. The second one is called a blue moon, and they happen about every three years, according to the National Oceanic and Atmospheric Administration. The first full moon of this month was on July 2 and the next will be this Friday, July 31.

You're next question is probably "Is the moon actually blue?" The answer: Not usually, but it can happen. Though red "blue moons" are far more common than blue "blue moons." So what's the deal with blue moons?

Watch this video from [email protected] to find out: