What Insects Can Tell Us About Climate Change 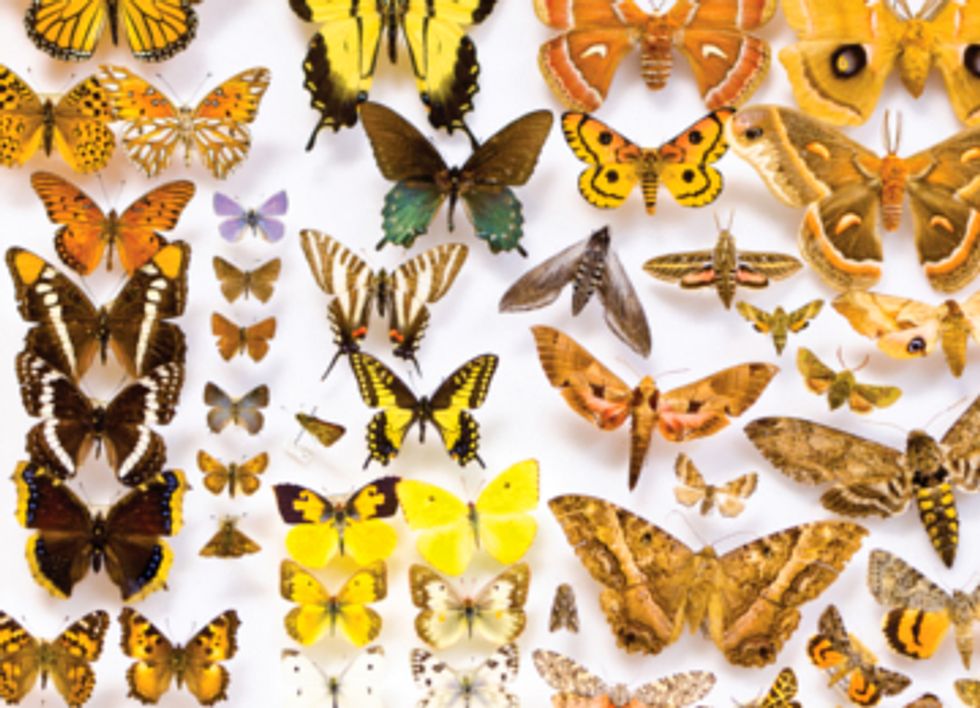 British researchers are using insect specimens kept in museums for a century and a quarter to learn more about climate change and the steady move towards the earlier annual arrival of spring.

Thousands of butterfly specimens, some collected in the United Kingdom (UK) as long ago as 1876, are being used to extend the reach of phenological research (phenology is the study of the timing of recurring natural events and seasons).

The researchers, whose work is centered on the UK's Natural History Museum (NHM) in London and the University of Coventry, hope eventually to extend their timescale and to study the effects on birds and plants as well as insects.

They say that some species which develop early in the year are approaching the point where they will not be able to adapt any further to the inexorable change in the seasons.

The date when butterflies emerge each spring has been systematically recorded for the past 30-40 years under the UK Butterfly Monitoring Scheme. Its records show that since 1976—about the time when rapid global warming began—spring has arrived 6-11 days earlier each decade because of rising temperatures.

Now ecologists from the NHM and the university have used some of the museum's 130,000 butterfly specimens to look back at earlier springs. They examined 2,600 specimens of four British butterfly species—the Grizzled Skipper, the Duke of Burgundy, the Orange Tip and the Blue Adonis. Collected between 1876 and 1999, each butterfly is labelled with when and where it was caught.

When they compared collection dates with temperature records, the researchers found that in years with warm springs, collection dates were earlier than in cold, wet springs. The results also show that March temperatures and rainfall were most critical in influencing how early these butterflies emerged.

But Dr. Steve Brooks of the NHM told Climate News Network: “We've found that while our data show that March has been the most significant month, increasingly it's becoming February.

"We think these early species are approaching the point where they won't be able to get any earlier—they're not going to be able to hatch and survive in January, for instance, or at least not for a long time. So their flexibility and room for manoeuvre are shrinking."

Understanding the impact of these changes also matters because different species depend on each other for food. If butterflies emerge earlier than they used to, this can mean they are no longer in step with the growth of the food plants on which their caterpillars depend.

In turn, many birds depend on the caterpillars to feed their chicks. So changes in the timing of butterfly life cycles may lead to insufficient caterpillars being available when they are needed by the young birds. Long-term data from museum collections can provide a more accurate idea of the rates of these shifts in timing, Dr. Brooks says.

"The Orange Tip needs seed pods from garlic mustard," he explained. "So there will be a knock-on effect from the butterflies for birds like tits.

"But we have a huge bird's egg collection at the museum, with 130,000 specimens. So we can find the laying dates, and the dates when plants flowered, and we'll be able to build up quite a detailed picture."

The team will now use the museum collections to study how all British butterfly species have responded to seasonal climate change over the past 150-200 years, possibly taking them back to per-industrial days