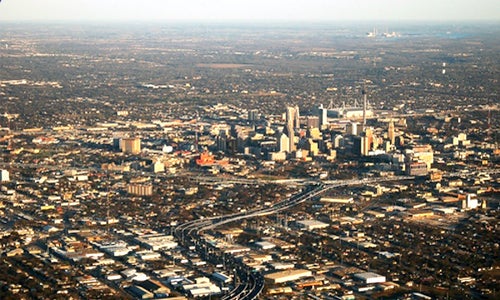 As drought threatens more areas of the world, we’re hearing a steady stream of stories about cities, towns and regions whose water supply is interrupted temporarily. 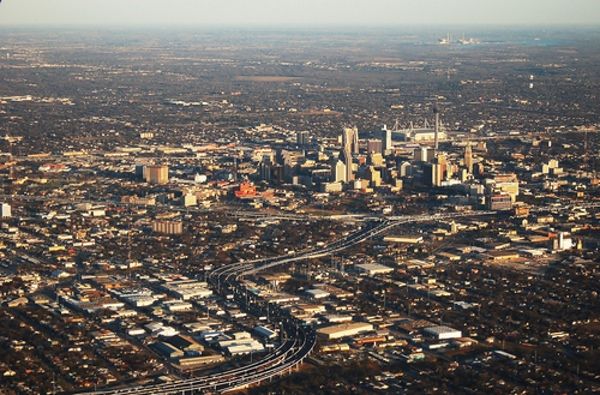 San Antonio, TX, with a population of nearly a million and a half, and a metro population of 2.3 million, faces the threat of running out of water.

That’s led experts to investigate what major world city could be the first to run out of water entirely. And it could be a city right here in the U.S.

A study done at the Environmental Hydrology Laboratory at the University of Florida ranks the 225 American cities with populations greater than 100,000 on fresh water availability and vulnerability. And while many of the most vulnerable cities are in the southwest, as one might expect with drought conditions sweeping California and Texas, there are some surprises.

The study rates ten cities as having a high level of vulnerability. San Antonio, with a metro area population of just under 2.3 million, comes in at 225. But it’s followed by Miami, Florida, at 224 the second most vulnerable city. The largest metropolitan area threatened is Los Angeles, ranked 220 in terms of water security.

“High-ranking cities tend to be adjacent to very large lakes, such as the Great Lakes, and large rivers, such as the Mississippi or Columbia,” says the study.

“For example, the highest-availability city (Duluth, MN) is the only U.S. city on Lake Superior, the third-largest freshwater body in the world (by volume). The other Great Lakes have smaller volumes and are shared by more (and larger) cities. Low-ranking cities are often found in arid regions (for example Los Angeles and Las Vegas), have low storage per capita (for example Miami and Atlanta) or share sources with multiple other cities (for example Chicago and Tallahassee).”

Worldwide, Environmental Defense Fund Business reports that experts predict Sana’a, Yemen, with a population of nearly two million, could be the first capital city to run out of water in slightly more than a decade. Other large metro areas such as Istanbul (population more than 14 million) also face threats of running out of water in that time period, just as the populations of developing countries are increasingly urbanized.

The Executive Order That Could Save U.S. Water Supplies