What Are They Trying to Hide? 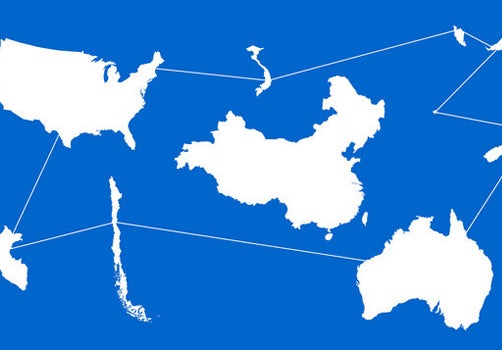 Odds are that you haven’t heard of the Trans-Pacific Partnership (TPP) agreement. And even if you’ve heard of it, I’m willing to bet you don’t know what might be in it. That’s because, although this massive new trade agreement could have profound implications for our environment, our health, and the rights of workers, it is being negotiated in almost complete secrecy.

The Sierra Club has worked on trade policy for nearly two decades for one simple reason: Trade rules have a huge impact on environmental protections. In 1998, for example, the World Trade Organization ordered the U.S. to weaken Endangered Species Act protections for sea turtles being killed in shrimp-fishing nets. And in an ongoing dispute, a U.S. corporation, Renco Group, is suing the government of Peru for $800 million under the free trade agreement between the U.S. and Peru. Why? Because Peru denied the corporation a third extension on its obligation to clean up pollutants and contaminants from a metallic smelter that Renco invested in. These are just two examples.

So when the U.S. and eight other Pacific Rim countries meet in Dallas later this month to finalize the TPP, which they’re calling a “21st-century trade agreement,” we’ll be there, too. We want the negotiators to know: We are deeply concerned about both the process and the direction of these talks.

There’s nothing wrong with encouraging trade. But let’s do it right. A fair global trading system should improve the quality of life for all parties; it must include meaningful and enforceable environmental and labor standards that make it possible for communities to both provide for themselves and protect their environment. Because corporations are usually at the forefront of crafting trade agreements—and civil society is not—the end product primarily serves corporate interests—often at the expense of the people whose lives they affect.

Exacerbating the problem, the scope of international trade agreements now extends far beyond the bounds of regulating trade. They also affect how products are actually made. For example, none of the trade pacts the U.S. has signed allows a country to give preference to products made with recycled content or to products made by workers who are paid decent wages with benefits.

In fact, virtually every free trade agreement we’ve negotiated since the 1994 North American Free Trade Agreement (NAFTA) has contained language that lets foreign corporations sue governments directly—in private and non-transparent tribunals—for unlimited cash compensation over almost any domestic law (environmental or otherwise) that the corporation argues might hurt its profitability. The sole exception is our free trade agreement with Australia—because the Australian government refused to allow its laws to be attacked by foreign corporations.

That was smart, because corporations have been quick to take advantage of this ability to attack a country’s laws and protections. By the end of 2011, corporations (including Chevron, Exxon Mobil, Dow Chemical, and Cargill) had brought 450 disputes worth hundreds of millions of dollars against the governments of 89 countries. Many of those cases directly targeted environmental and other public interest laws.

For example, a Canadian mining company, Pacific Rim Mining Corp., through a U.S. subsidiary, is currently using the Central America Free Trade Agreement (CAFTA) to sue the government of El Salvador for $200 million for attempting to safeguard its people and environment from environmentally devastating mining practices. Just last year, Vattenfall, a Swedish energy company that controls two nuclear power plants in Germany, brought a case against Germany regarding that country’s nuclear phaseout.

Unfortunately, unless we change how these agreements are negotiated, the TPP will certainly follow this same, deeply flawed model, which grants unprecedented rights to corporations. A true “21st-century trade agreement” should be looking to rein in corporate power—not expand it. And it certainly shouldn’t be negotiated in total secrecy behind closed doors.

The first step toward ensuring that we don’t end up with a flawed Trans-Pacific Partnership is to bring these negotiations into the light of day. As former Supreme Court Justice Louis Brandeis said, “Sunlight is said to be the best of disinfectants.” In Dallas, we’ll deliver a petition, signed by thousands of Sierra Club members and supporters, that calls on the United States to publicly release all TPP proposals. Please add your name and tell the U.S. Trade Representative: We deserve to know exactly what it is that trade negotiators are proposing in our name.