What Are Carb Blockers and Do They Work? 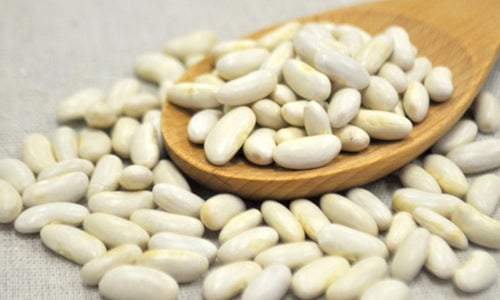 Carb blockers are a type of diet supplement. However, they work differently than most of the other weight loss pills on the market.

They block carbs from being digested, apparently allowing you to eat carbs without (some) of the unwanted calories. But are they really as beneficial as they sound? 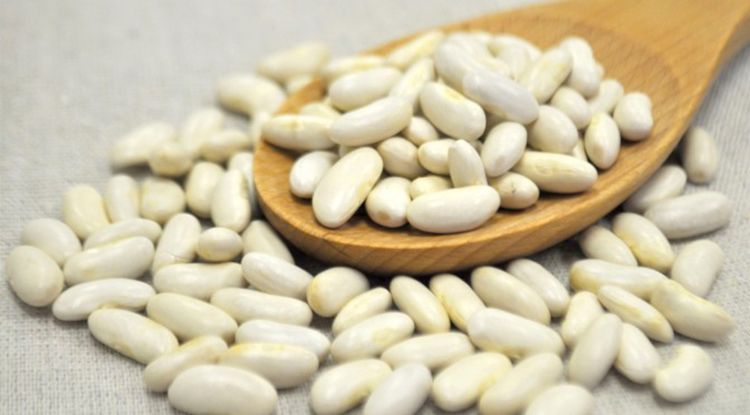 The type of carb blocker discussed in this article is a dietary weight loss supplement extracted from beans.

This is a detailed review of carb blockers and their effects on your health and weight.

What are Carb Blockers?

Some types are sold as weight loss supplements. They’re made from a group of compounds called alpha-amylase inhibitors, which occur naturally in certain foods.

These compounds are usually extracted from beans and are referred to as Phaseolus vulgaris extract or white kidney bean extract (1, 2, 3).

Others come in the form of prescription medications called alpha-glucosidase inhibitors (AGIs), which are used to treat high blood sugar in type 2 diabetics (4).

In this article, the term carb blocker will refer to the nutritional supplement containing bean extract, not the prescription medications.

Bottom Line: The type of carb blocker discussed in this article is a dietary weight loss supplement extracted from beans.

How Do Carb Blockers Work?

Digestible carbs can be split into two main groups: simple and complex carbs.

Simple carbs are found naturally in foods like fruits and milk products.

They’re also found in processed foods such as sodas, desserts and even flavored yogurts.

Complex carbs, on the other hand, are found in foods like pasta, bread, rice and starchy vegetables like potatoes.

Complex carbs are made up of many simple carbs linked together to form chains, which have to be broken down by enzymes before they can be absorbed.

Carb blockers contain substances that inhibit some of the enzymes that break down these complex carbs (3).

As a result, these carbs then pass into the large intestine without being broken down or absorbed. They do not contribute any calories or raise blood sugar.

Carb blockers are usually marketed as weight loss aids. They are advertised as allowing you to eat as many carbs as you desire without providing any calories.

However, their effectiveness may be limited and studies provide conflicting results.

How Effective are Carb Blockers?

Carb blockers only prevent a portion of the carbs you eat from being digested. At best, they appear to block 50–65 percent of carb-digesting enzymes (5).

It’s important to note that inhibiting these enzymes does not necessarily mean the same proportion of carbs will be blocked.

One study examining a strong carb blocker found that even though it could inhibit 97 percent of the enzymes, it only prevented 7 percent of the carbs from being absorbed (6).

This may happen because carb blockers don’t directly prevent carbs from being absorbed. They may simply increase the amount of time it takes for the enzymes to digest them.

On top of that, the complex carbs affected by carb blockers make up only part of the carbs in most people’s diets.

For many people trying to lose weight, the added sugars in processed foods are a bigger problem. Added sugars are usually simple carbs like sucrose, glucose or fructose. These are not affected by carb blockers.

Bottom Line: Carb blockers only block a small percentage of carbs from being absorbed and their effectiveness depends on the type of carbs you eat.

What Does the Evidence Say?

Several studies show that carb blockers may be able to cause some weight loss.

Interestingly, the people who ate the most carbs appear to be the same ones who lost weight while using these supplements (11).

This makes sense because the higher the proportion of complex carbs in your diet, the bigger the difference carb blockers can make.

At the same time, other studies found no significant difference in weight loss between people who took the supplements and those who did not, making it hard to draw any conclusions (11, 12).

Unfortunately, most of these studies were small, poorly designed and largely funded by supplement companies, meaning the results may not be very reliable.

Bottom Line: Some studies have shown that carb blockers can help you lose up to 2–9 lbs (0.95–4 kg) of weight, while others show no effect.

In addition to blocking carb digestion, carb blockers may affect some of the hormones involved in hunger and fullness (2, 6).

They may also help slow stomach emptying after a meal (2, 6).

One reason for this effect may be because bean extracts also contain phytohaemagglutinin. This compound can increase the levels of some hormones involved in fullness (2).

One rat study found that the phytohaemagglutinin in carb blockers did cause a significant decrease in food intake. The rats that had been given the compound ate between 25–90 percent less. However, this effect lasted only a few days (2).

By the eighth day of the experiment, the effects wore off and the rats ate just as much as before. Additionally, once they stopped taking carb blockers, the rats ate up to 50 percent more than before to compensate and returned to their previous weights (2).

However, there may be other ways that carb blockers decrease appetite.

Similar studies found that a carb blocker supplement could decrease the amount of food the rats ate by 15–25 percent over a consistent period of time and even caused them to eat less of foods that are high in fat and sugar (2).

This effect has not been well-researched in humans, but one recent study found that a concentrated, standardized bean extract did decrease feelings of hunger, probably by suppressing levels of the hunger hormone ghrelin (6).

It’s hard to say if this effect is achieved with the carb blocker supplements currently on the market or if the effect can actually contribute to weight loss in humans.

Bottom Line: Some animal and human studies suggest that carb blockers can decrease appetite and cravings, but more studies are needed.

Carb blockers are usually marketed as weight loss supplements, but they probably have a bigger impact on blood sugar control.

They prevent or slow down the digestion of complex carbs.

As a result, they also lower the spike in blood sugar levels that would normally happen when those carbs are absorbed into the blood stream.

However, this is only true for the percentage of carbs that are actually affected by the carb blockers.

In addition, carb blockers are thought to affect some of the hormones involved in controlling blood sugar levels (5).

In several studies of healthy people, carb blocker supplements have been shown to cause a smaller rise in blood sugar after consuming a meal high in carbs. They also cause blood sugar levels to return to normal faster (1, 5, 13).

Bottom Line: Studies have shown that carb blockers can cause blood sugar to rise less and return to normal faster after a meal.

Carb blockers have another unintended benefit—they increase the amount of resistant starch in the large intestine.

This is because they decrease the amount of carbs that are absorbed in the small intestine, thereby increasing the starch that runs through the gut.

Similar to fiber, resistant starches are any starches in food that cannot be digested by the enzymes in the small intestine.

They are found in foods such as raw potatoes, unripe bananas, legumes and some whole grains (14).

When resistant starches pass into the large intestine, gut bacteria ferment them and release gasses and beneficial short-chain fatty acids.

When carb blockers prevent the digestion of complex carbs in the small intestine, these carbs function like resistant starches.

Additionally, resistant starches may help increase the amount of fat your body burns after a meal (17).

Bottom Line: When carb blockers cause carbs to pass into the large intestine undigested, these carbs act as resistant starch. Resistant starch has been linked to many health benefits.

Carb blockers are generally considered safe, but make sure to buy them from a reputable source.

As far as side effects are concerned, carb blockers are considered very safe.

However, when carbs are fermented by bacteria in the large intestine, the gasses they release can result in a number of uncomfortable side effects.

These can include diarrhea, bloating, flatulence and cramping (1, 5).

These side effects are usually not severe and go away with time, but they are enough for some people to stop taking carb blockers.

Additionally, people with diabetes who take insulin should talk to a doctor before taking carb blockers, since there is a chance they could cause low blood sugar if the insulin dose is not adjusted.

Bottom Line: Carb blockers are usually safe, although they can cause uncomfortable side effects.

Another issue is supplement regulation.

Supplement manufacturers are themselves responsible for the safety and integrity of their products, and there have been many cases of fraud in the supplement industry.

The Food and Drug Administration (FDA) recently inspected several herbal supplements and found that a mere 17 percent of the products contained the main ingredient listed on the label (18).

In the past, the FDA has even found dietary supplements that were adulterated with prescription medications that had previously been removed from the market due to their dangerous side effects.

These potentially harmful medications had been added in an attempt to make the supplements more effective (19).

For this reason, chances are that many of the carb blockers you can buy in the store don’t actually contain what is listed on the label.

When it comes to supplements, it’s always a good idea to do some research and buy from a reputable manufacturer.

Bottom Line: Even though carb blockers are usually safe, it’s hard to say if supplements will really contain what they say on the label.

Should You Take a Carb Blocker?

However, studies haven’t been high enough in quality to show whether carb blockers have any real long-term effect. Plus, they are probably only helpful for people following a moderate-to-high-carb diet.

Regardless, carb blocker supplements are just that—supplements. They are no substitute for a healthy lifestyle.

A healthy diet and exercise are still necessary in order to achieve lasting results.

7 Ways to Increase Your Metabolism