Rescuers Race to Save Stranded Whales in Indonesia 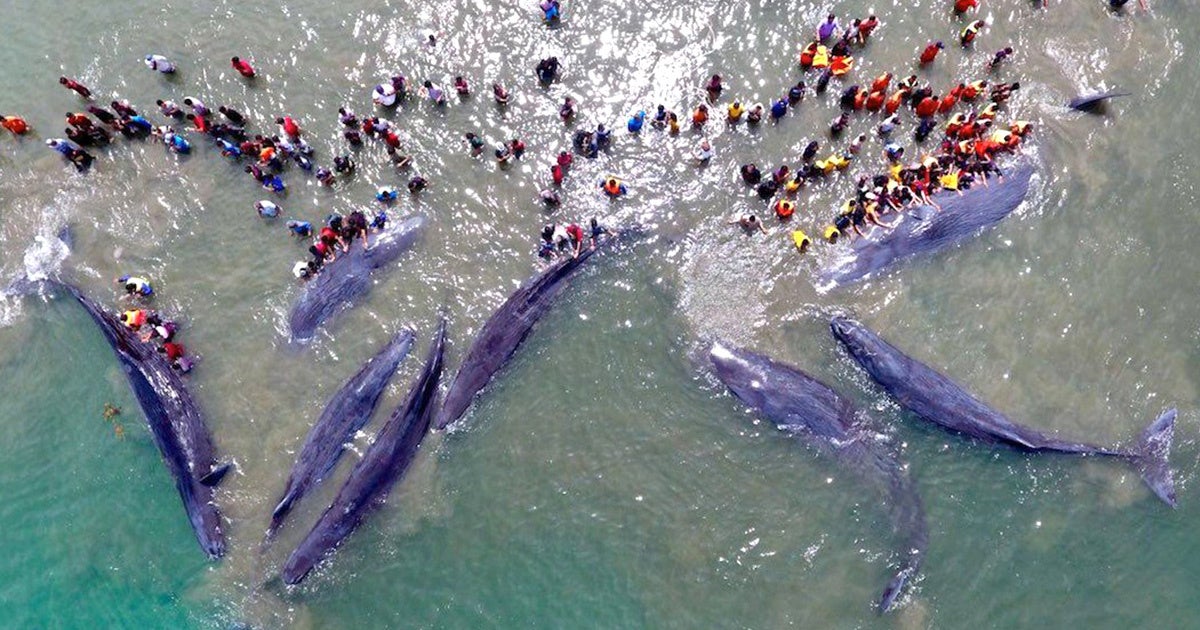 Rescue efforts are underway after a pod of
whales beached Monday morning off the province of Aceh in Indonesia.

According to
Whale Stranding Indonesia, 10 sperm whales were stranded alive at Ujong Kareng beach. Rescuers have been working for hours to lead the massive animals back into deeper waters.

Fortunately, five of the whales were successfully re-floated and hauled out to sea with boats, the
Associated Press reported.

“The team seems to be determined to work during night time to release the remaining whales,” Whale Stranding Indonesia wrote on its latest Facebook update.

Agus Salim, police chief at Masjid Raya sub-district, said that Indonesian authorities, soldiers, policemen and volunteers are working to save the whales.

Nur Mahdi, the head of Aceh’s marine and fisheries office, told the Associated Press that two of the whales are injured and rescuers are trying to treat them. The cause of the injuries is not yet known.

Whales are social creatures and often travel in pods. Mass strandings are rare, but pods might follow a sick or disoriented group leader to shallow waters and end up beaching themselves, Mahdi explained.

Social media photos shows large crowds gathering around the beach to witness the unusual event. The whales are about 15 meters (49 feet) from shore.

Fishermen and officials were able to save 24 of them, but eight returned to shore overnight and died.