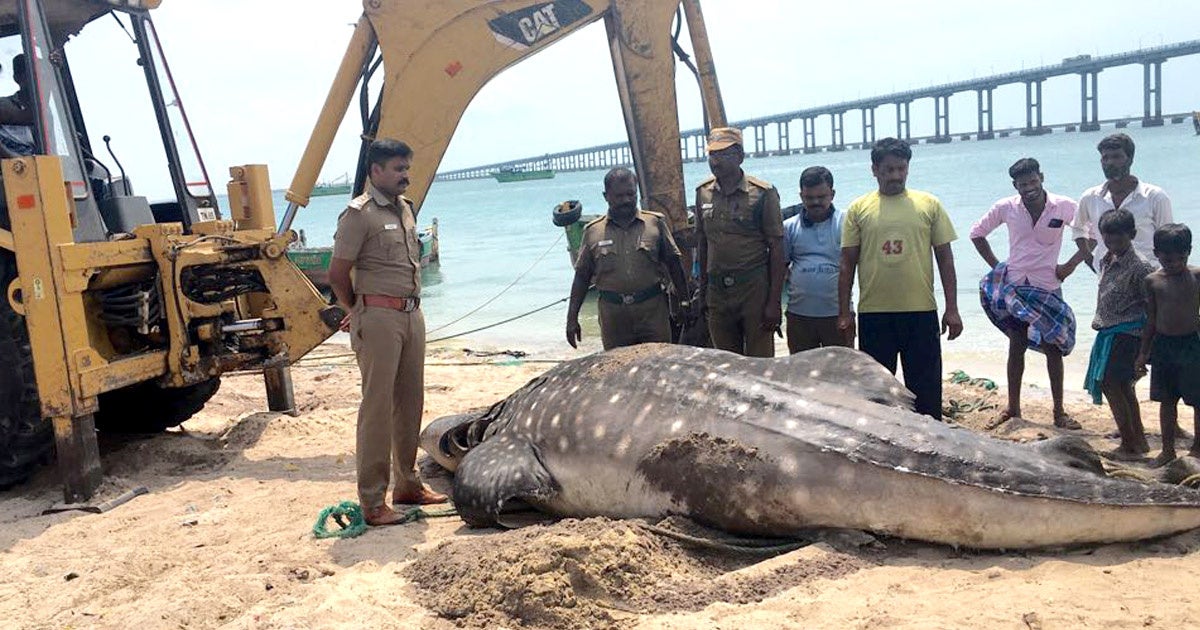 An 18-foot long whale shark washed up dead on Pamban South Beach in the Indian state of Tamil Nadu on Tuesday.

“The cause of death is found to be heavy internal injuries it has suffered when it either hit a rock or a big vessel,” local wildlife ranger S Sathish told the Times of India.

Whale sharks are considered “endangered” under the International Union for Conservation of Nature (IUCN) Red List of Threatened Species. Its global population has shrank more than 50 percent over the last 75 years. Its greatest current threats include fisheries catches, bycatch in nets and vessel strikes, according to the IUCN.

Whale sharks are the the biggest fish and shark of the seas. The gentle giants are filter feeders that dine on plankton with its massively wide mouth.

It’s clear from this story and many others that plastic trash is a major threat to aquatic life. Australian scientists published a paper in July suggesting that plastic pollution is spread throughout the marine environment. An of-citied 2016 study also found that by 2050 there will be more plastic in our oceans than fish if our current consumption pattern continues.

The dead whale shark was buried on Pamban beach on Tuesday.

Humans Have Created 9 Billion Tons of Plastic in the last 67 Years https://t.co/xpBRuDC4AF