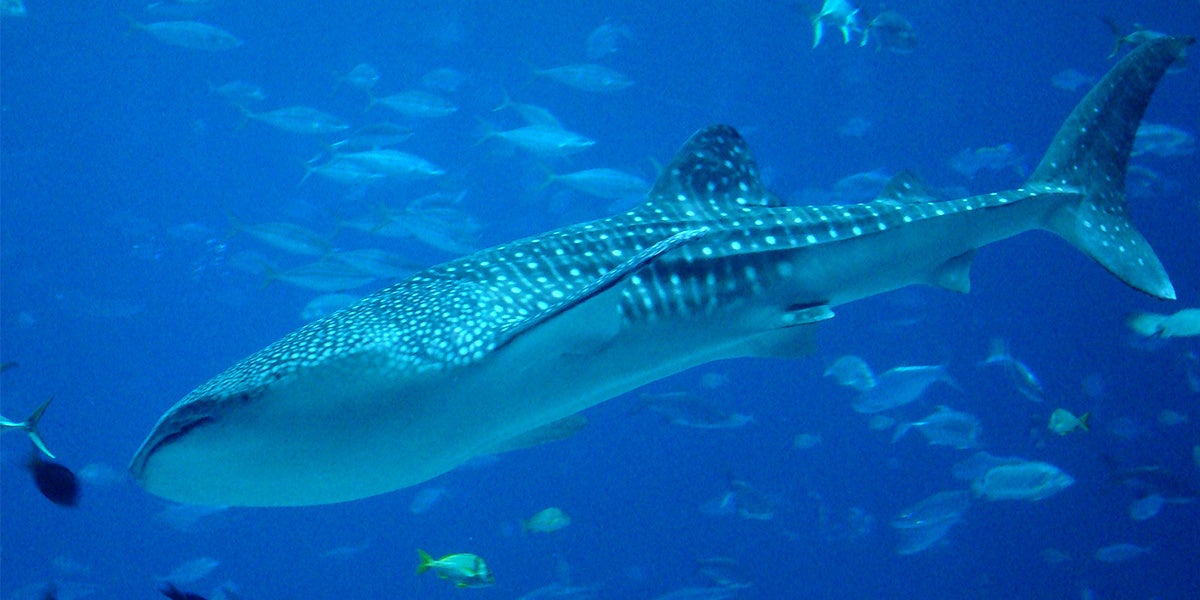 The fins from the endangered species were hidden within legal fins in a 989 kilogram (approximately 2,180 pound) shipment that traveled from Colombo, Sri Lanka through Singapore to Hong Kong, which is one of the largest shark fin trading centers in the world, AFP reported.

Singapore Airlines, which bans the shipment of shark fins, said in an email statement Wednesday reported by Reuters that the shipment had slipped past the airline’s notice because it was labeled “Dry Seafood.”

“Singapore Airlines are yet another victim of these shark fin smugglers, who deceived the airline by declaring the shipment as ‘dried seafood’ to skirt the airline’s internal booking checks,” Asia director for Sea Shepherd Global Gary Stokes told AFP.

According to Reuters, Stokes discovered the endangered fins hidden in the shipment.

Singapore Airlines has since blacklisted the shipper and alerted employees to check any other shipments labeled “dry seafood.”

Hong Kong allows the import of shark fins, which are served in a jelly-like soup believed to have health benefits. Most of the fins imported to Hong Kong are then sent on to mainland China, according to AFP. Fins from species on the UN Convention on International Trade in Endangered Species are supposed to be accompanied by a special permit, Reuters reported.

Activists have succeeding in halving the number of shark fins entering Hong Kong in the past 10 years, but the trade still poses a danger to vulnerable shark species.

According to the World Wildlife Fund, more than 70 million sharks are killed each year and a quarter of species are threatened with extinction.

The latest discovery comes a little over a year after a three-month investigation by Sea Shepherd revealed that shark fins from endangered species like hammerhead and oceanic whitetip sharks were entering Hong Kong despite bans imposed by shipping lines and airline cargo companies.

Smugglers used similar tactics of mislabeling shipments as “seafood,” “dried seafood” or “dried goods” to bypass bans by Maersk, Virgin and Cathay Pacific. At the time, all three companies pledged to work with Sea Shepherd to combat smuggling.

About 92 percent of shark fins enter Hong Kong by sea and 8 percent by plane.