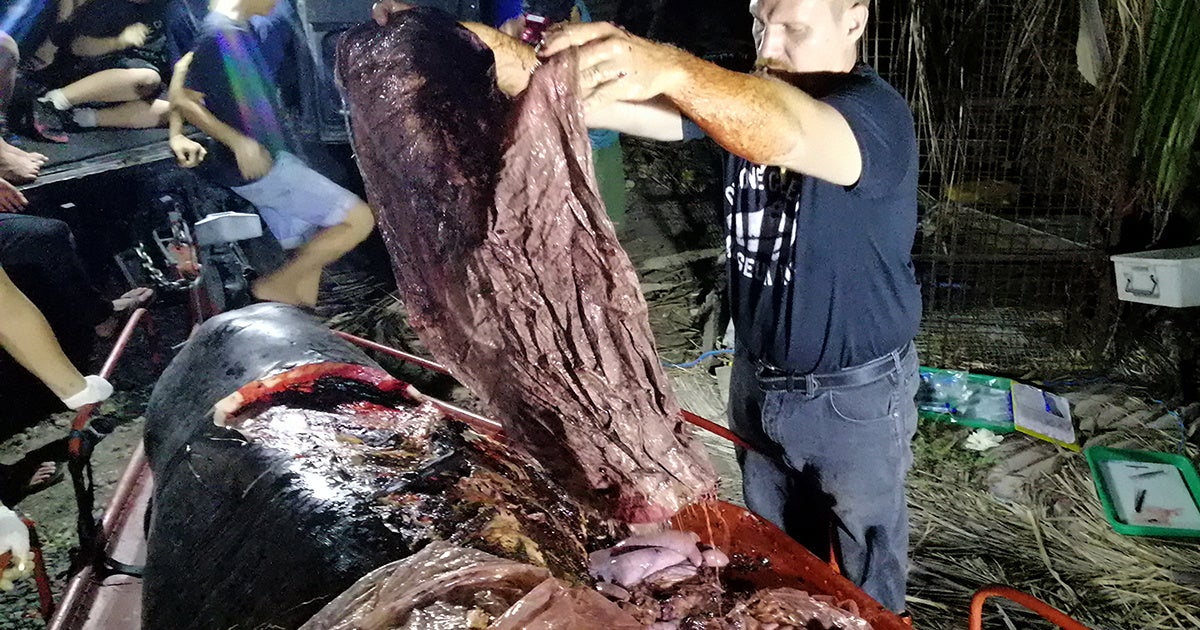 Yet another whale has died after ingesting plastic bags. A young male Cuvier’s beaked whale was found washed up in Mabini, Compostela Valley in the Philippines Friday, CNN reported. When scientists from the D’ Bone Collector Museum in Davao investigated the dead whale, they found it had died of “dehydration and starvation” after swallowing plastic bags―40 kilograms (approximately 88 pounds) worth of them!

“This whale had the most plastic we have ever seen in a whale. It’s disgusting,” the natural history museum said in a Facebook post Sunday. “Action must be taken by the government against those who continue to treat the waterways and ocean as dumpsters.”

“I was not prepared for the amount of plastic,” D’ Bone Collector Museum President and Founder and marine scientist Darrell Blatchley told CNN.

Blatchley explained to CNN one reason why plastic is such a big problem for cetaceans, including dolphins and whales. The marine mammals get all of their water from the food that they eat, so when plastic blocks their ability to eat large amounts of food, they die of thirst as well as hunger.

Blatchley told The Guardian he had examined 57 whales and dolphins who had died because of consuming plastic in 10 years.

Hundreds of thousands of #animals are killed by ocean plastic pollution every year, including single use plastics and #ghostgear. This is a tragic reminder that we must work together towards global solutions to plastic waste from being left in the ocean https://t.co/RubPVhPSzF