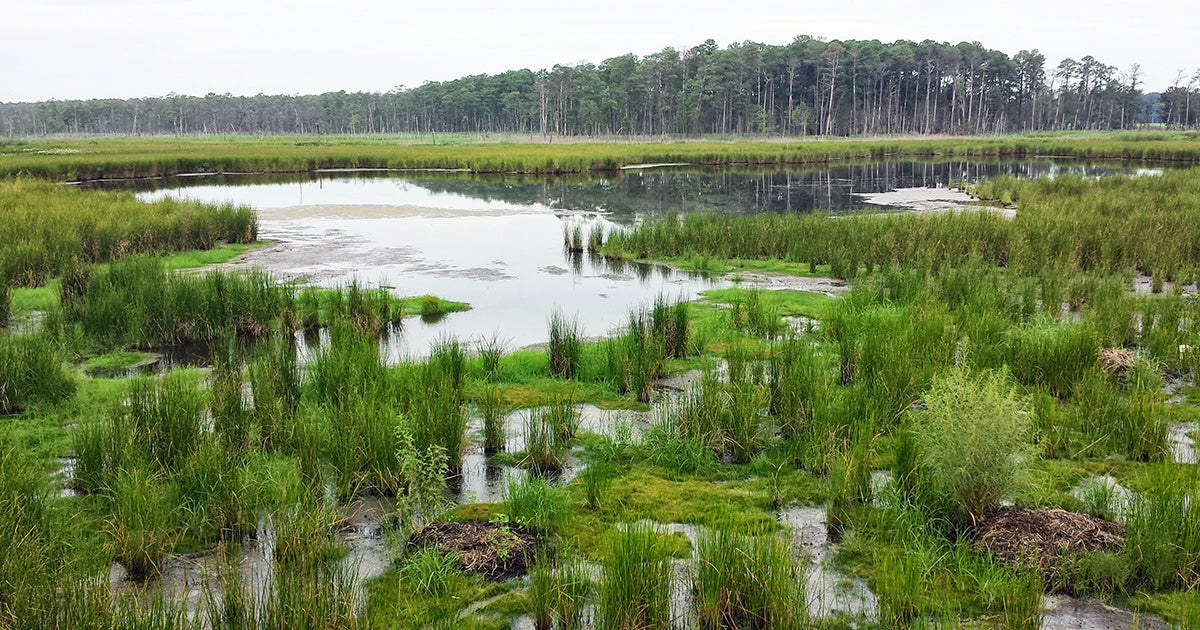 World Wetlands Day on Feb. 2 marks the date when 18 nations signed the Convention on Wetlands in 1971, in the Iranian city of Ramsar on the shores of the Caspian Sea. Since that time, scientists have shown that wetlands provide many valuable services, from buffering coasts against floods to filtering water and storing carbon. These five articles from our archive highlight wetlands’ diversity and the potential payoffs from conserving and restoring them.

Wetlands line coasts in many parts of the world. They act as natural sponges that soak up floodwaters and absorb force from storm surges, protecting communities further inland.

Working with Lloyds of London, UC Santa Cruz researchers Siddharth Narayana and Michael Beck sought to quantify the value of these functions. Using insurance industry storm surge models, they calculated that during Hurricane Sandy in 2012, wetlands along the U.S. Atlantic coast prevented more than $625 million in direct property damage by reducing storm surge. They also estimated that marshes in Barnegat Bay, New Jersey reduced annual losses from flooding during smaller storms by an average of 16 percent, and up to 70 percent in some locations.

Narayan and Beck see restoring wetlands as an effective way to make coastal communities more resilient against storms and flooding:

“Across the United States, the Caribbean and Southeast Asia, coastal communities face a crucial question: Can they rebuild in ways that make them better prepared for the next storm, while also conserving the natural resources that make these locations so valuable? Our work shows that the answer is yes.”

Wetlands store large quantities of carbon in plant tissue and soils. But as climate expert Williams Moomaw and wetland scientists Gillian Davies and Max Finlayson point out, no global climate change agreement calls for protecting wetlands as a way to slow climate change. And around the globe, wetlands are constantly being drained, diked and paved over. 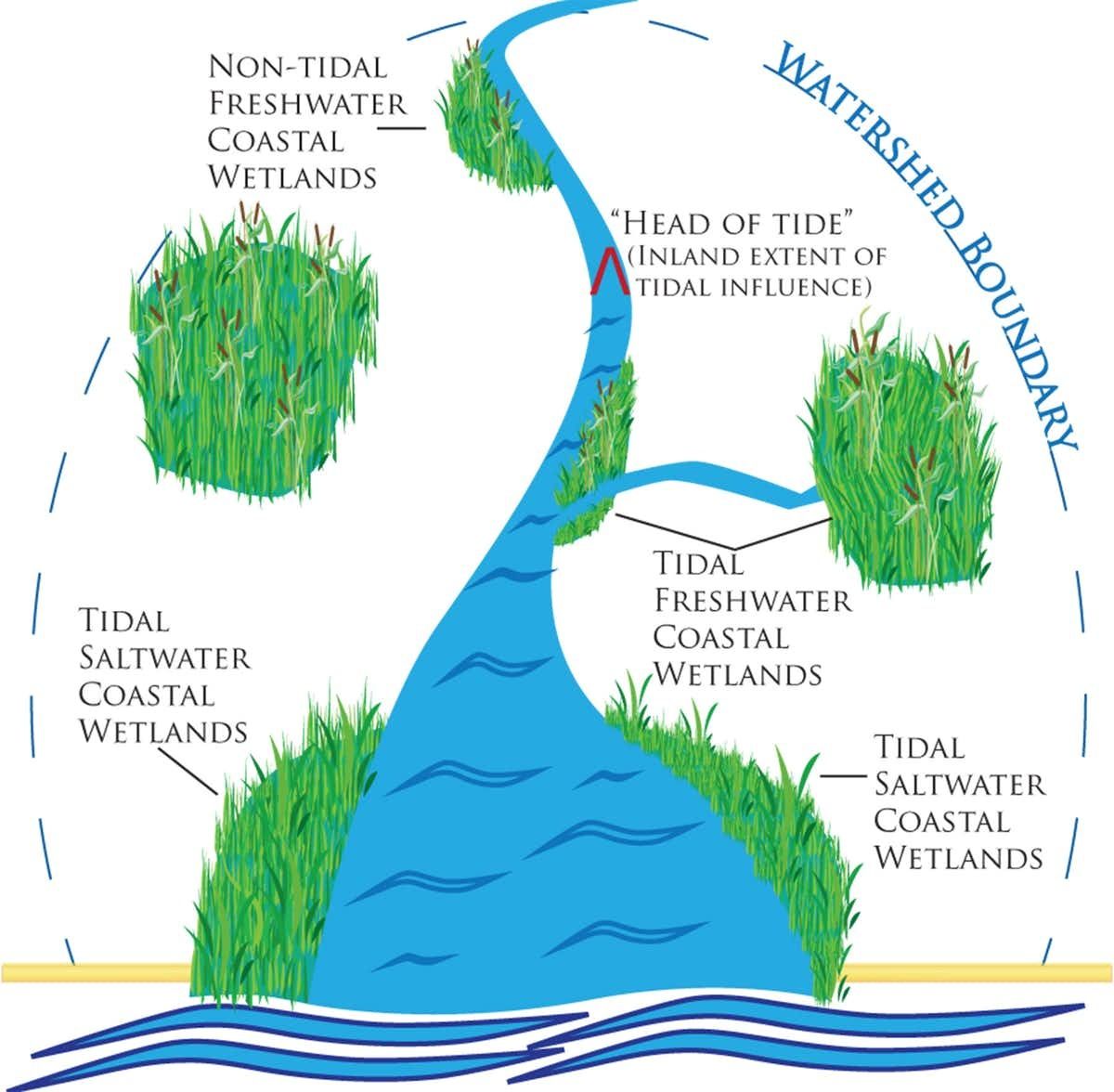 “In our view, instead of draining swamps and weakening protections, governments at all levels should take action immediately to conserve and restore wetlands as a climate strategy. Protecting the climate and avoiding climate-associated damage from storms, flooding and drought is a much higher use for wetlands than altering them for short-term economic gains.”

Mangrove forests, which grow in salt water in tropical regions, are especially effective at locking up “blue carbon”—so called to distinguish it from “green” carbon storage on land. Louisiana State University scientists Robert Twilley and Andre Rovai estimate that “the wood and soil of mangrove forests along the world’s coastlines hold 3 billion metric tons of carbon—more than tropical forests.” 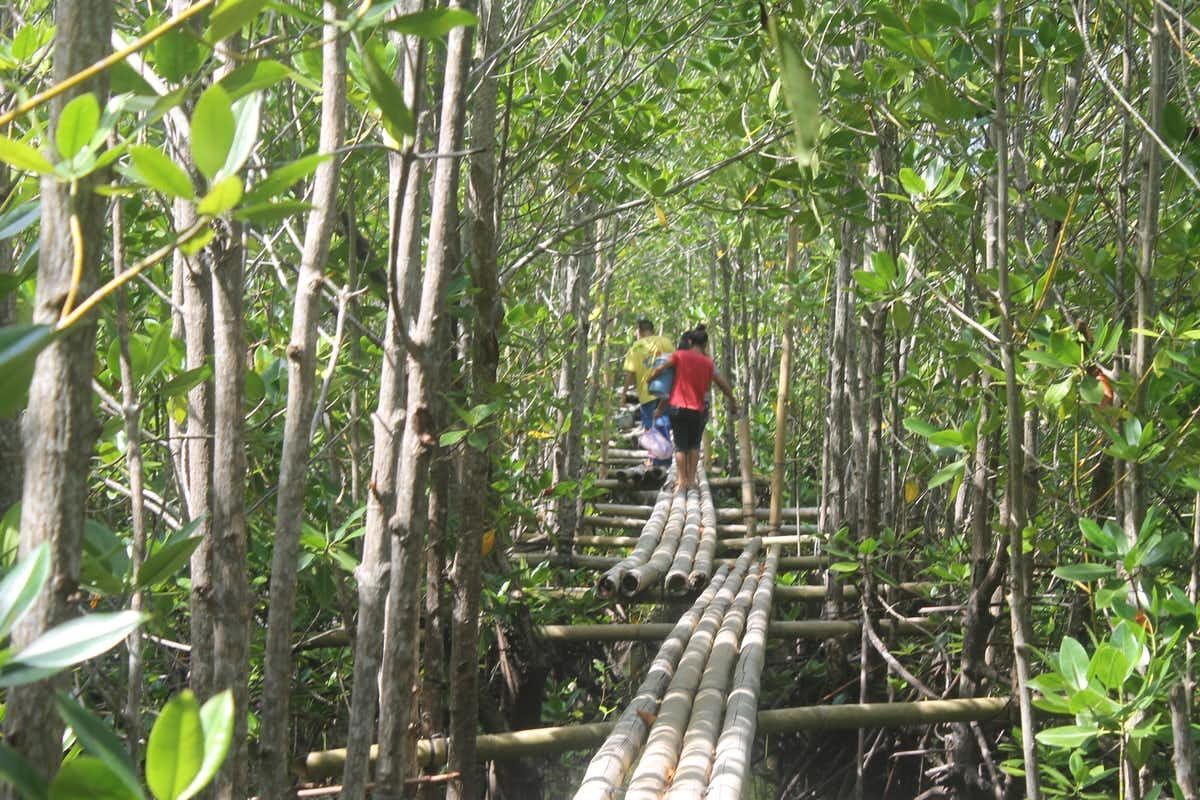 Coastal development is an enormous threat to mangroves, whether for vacation homes in Florida or aquaculture farms in Asia. Twilley and Rovai wanted to pinpoint what type of mangroves were the most effective at storing carbon. By comparing conditions in different settings where mangroves flourish, they determined that river deltas and estuaries offer the best conditions for mangrove growth and carbon uptake:

“Overall, mangroves in deltaic coasts such as the Mississippi River delta, the Amazon in Brazil and the Sundarbans in India and Bangladesh can sequester more carbon yearly than any other aquatic or terrestrial ecosystem on the globe. These are the world’s blue carbon hot spots.”

Mangroves are actually benefiting from climate change in some regions, such as Florida and the Gulf of Mexico. Villanova University biologist Samantha Chapman has found that mangroves are becoming more abundant in these areas, moving into zones formerly dominated by salt marshes, which typically are found in cooler zones.

” … it is important to note that marsh plants provide important habitats for numerous species of birds and fish. We don’t yet know how these animals will fare as mangroves replace marshes, nor do we yet understand other downsides of plant range shifts due to climate change.”

Moreover, she notes, mangroves are not building new shoreline quickly enough to keep up with sea level rise in all locations. As her findings show, there is still much to learn about how climate change will affect different types of wetlands in various locations.


Saving One of the Most Pristine Wetlands on Earth | National Geographic

Wetlands aren’t just found along the coasts. Many major rivers, such as the Colorado and the Mississippi, start as networks of small streams, some of which may only flow during certain seasons or when it rains. But as Colorado State University geoscientist Ellen Wohl explains, a lot happens in these small tributaries and isolated wetlands that affects the larger rivers downstream:

“Marvelously adapted organisms in dry streams wait for periods when life-giving water flows in. When the water comes, these creatures burst into action … Amphibians move down from forests to temporarily flooded vernal wetlands to breed. Tiny fish, such as brassy minnows … speed through breeding and laying eggs that then grow into mature fish in a short period of time.” 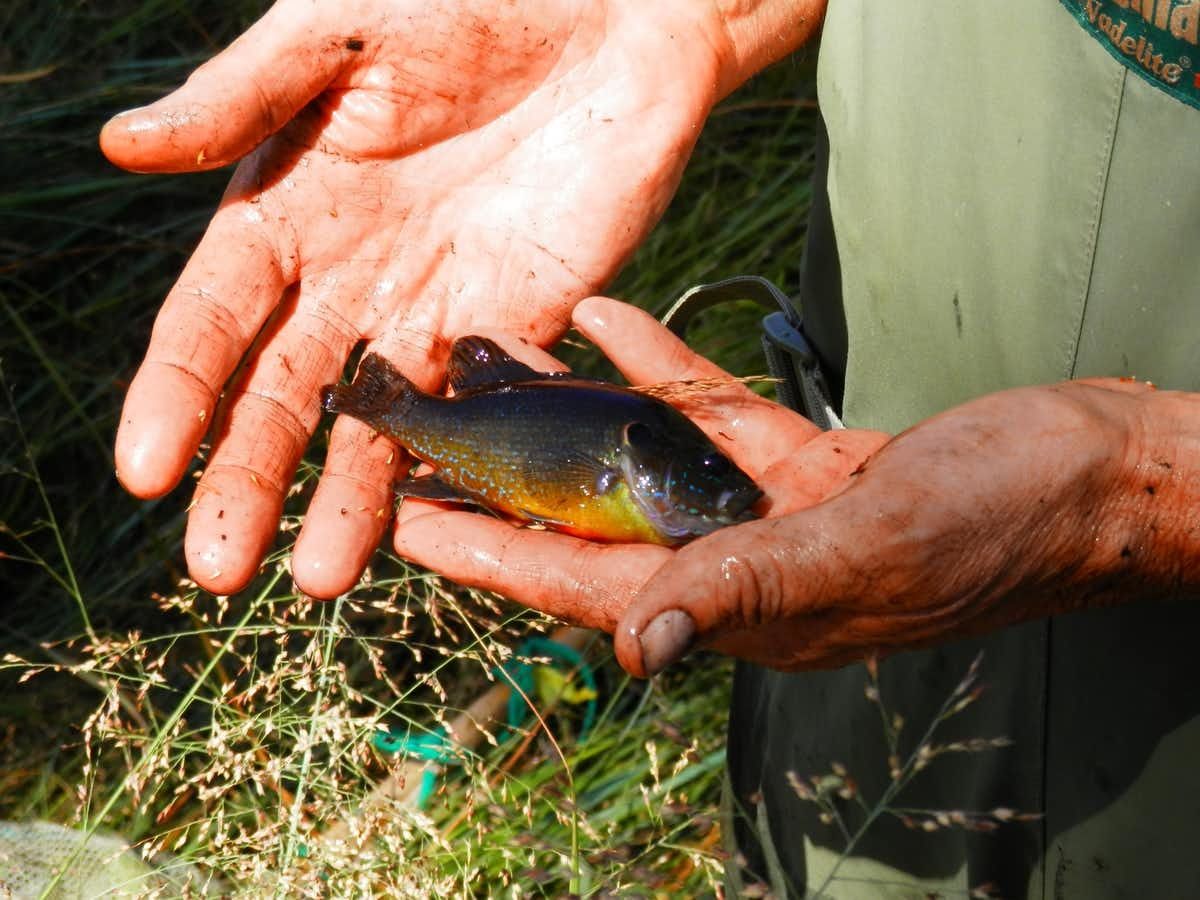 Small channels in river networks also harbor microbes that are very good at removing contaminants from the water. And these channels slow down heavy rainfalls, allowing water to soak into the ground and reducing the risk of flooding downstream.

The Trump administration is seeking to rewrite a key section of the Clean Water Act, eliminating federal protection for many of these small streams and wetlands. Such action, Wohl contends, “will strip rivers of their ability to provide water clean enough to support life, and will enhance the spiral of increasingly damaging floods that is already occurring nationwide.”

Jennifer Weeks is the Environment + Energy editor of The Conversation.