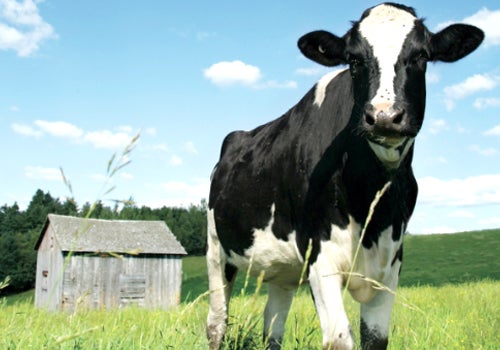 Is there a definitive link between animal welfare and nutrition? Having looked at findings from more than 200 studies based on the relationship between the welfare of animals and the nutrients from animal products, Compassion in World Farming culled data from 76 of the strongest to provide the answer.

The evidence is compelling and our key findings can be found below:

By opting for higher welfare animal products rather than factory farmed ones, consumers could significantly reduce their dietary intake of fat, including saturated fat: 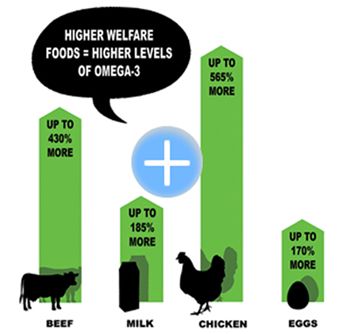 Our new report demonstrates that the fat in higher welfare animal products consistently contains a higher proportion of Omega-3 than factory farmed animal products, making it much healthier:

Higher levels of antioxidants, which are vital to good health, and help fight diseases such as cancer, were found in higher welfare animal products compared to those from intensive factory systems.

A life worth living = food worth eating 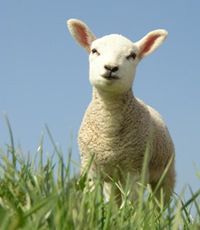 Farm animals are sentient beings with the full capacity to experience both well-being and suffering. In the drive for cheap animal protein, billions of animals endure the barren confinement of factory farming systems. Overcrowded, vulnerable to disease and denied basic needs, they have little or no opportunity to exercise or to express important natural behaviours and are often pushed to their physiological limits in the pursuit of ever-higher yields.

The industrial farming model is unsustainable and relentless in its exploitation of animals, land, energy and water. An urgent move from intensive to higher welfare farming is required to improve animal welfare, as well as to reduce environmental pollution and waste.

To read the full report by Compassion in World Farming, click here.