Welcome to the World of the Super Rat 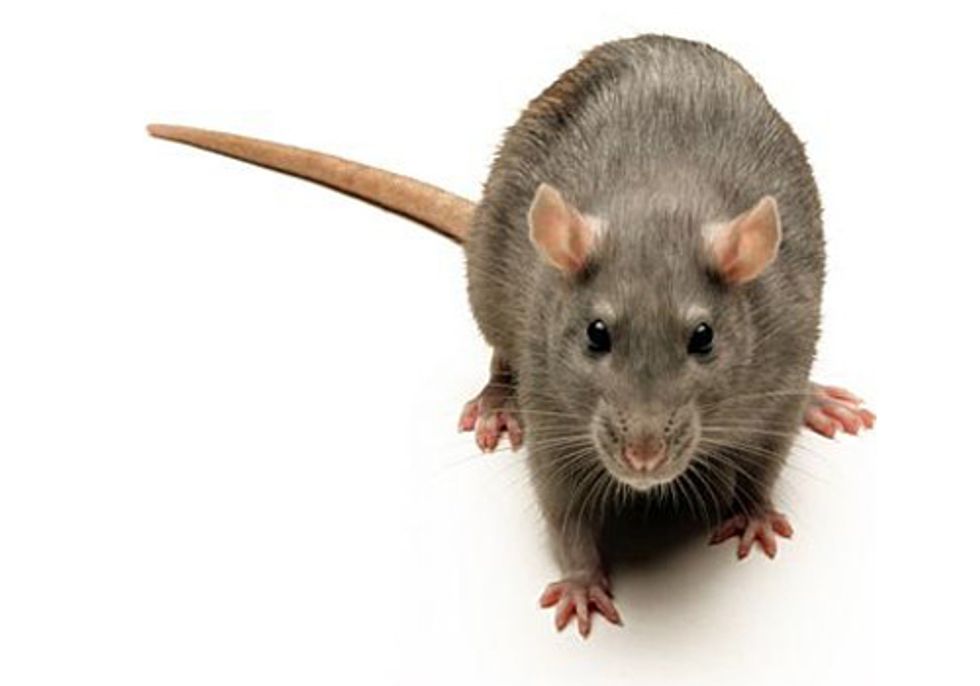 [Editor's note: On Tuesday, California's Proposition 37—a measure that would have required genetically engineered (GE) foods to be labeled—was defeated. The labeling law lost because large agricultural chemical companies like DOW and Monsanto spent more than $45 million on misinforming voters on the potential health risks associated with eating and growing GE foods. The post below outlines how this industry is gearing up to spread even more toxic pesticides and herbicides across America as part of its farming regime. In addition to the potential danger of eating GE foods, the potential fallout from the toxic chemicals used in GE farming is incalculable.]

An ongoing study by Dr. Dougie Clarke, head of biological sciences at the University of Huddersfield’s School of Applied Sciences, UK, has shown that widespread use of rodenticides has led to rats becoming resistant to previously effective, commonly used rat poisons. Over time, in areas treated with these poisons, the rat population will evolve exclusively into the Super Rat type that pass the resistance gene to their offspring.

Like herbicides and pesticides used widely on farms and throughout the country, rodenticides can pose a high risk to humans, animals and wildlife.

According to Beyond Pesticides, "The American Association of Poison Control Centers annually receives between 12,000 and 15,000 reports of children under the age of six being exposed to these types of products, with black and Hispanic children living below the poverty line being disproportionately affected." The U.S Environmental Protection Agency (EPA) reported that these rodenticides “are, by far, the leading cause of [pesticide-related] visits to health care facilities in children under the age of six years and the second leading cause of hospitalization.”

The rise of the super rat parallels the rise of the super weed. Studies show that Genetically Modified Crops Have Led to Pesticide Increase. A report by Charles Benbrook, a research professor at the Center for Sustaining Agriculture and Natural Resources at Washington State University, shows that U.S. farmers are using more hazardous pesticides than ever before to kill weeds and insects because genetically modified crop technologies have sparked the rise of "super weeds" and "super bugs" that have become immune to the poisons currently used to kill them.

Ironically, one of the purported benefits of Genetically Modified Organisms (GMO) technology was that the genetically modified plants, which were made resistant to the insecticides and herbicides sold along with them, would reduce the use of herbicides and pesticides. In fact, according to Charles Benbrook and other scientists, new weed species have become resistant to glyphosate, the main ingredient in Roundup, causing farmers to use increasing amounts of glyphosate and other weed killing chemicals to try to control the so-called "superweeds."

And, according to Benbrook, the introduction of genetically modified "Bt" corn and cotton crops, which are engineered to be toxic to certain insects, has triggered the rise of "super bugs" which are now resistant to the crops with the spliced-in genetic toxin.

There is much evidence that GMO crops and the herbicides used with them are poisoning the world's drinking water.

According to the U.S. Geological Survey, 88,000 tons of Roundup were used in the U.S. in 2007 alone. In a groundbreaking study published last year in the journal Analytical and Bioanalytical Chemistry, evidence surfaced that glyphosate, the active ingredient in Monsanto's patented herbicide, Roundup, is polluting the groundwater in areas where it is being applied.

In 2011, the journal Environmental Toxicology and Chemistry, published a study which found Roundups's glyphosate was in 60-100 percent of all air and rain samples tested, indicating that glyphosate pollution and exposure is now omnipresent in the U.S. Accumulating evidence indicates that glyphosate is also resistant to biodegradation.

A new and alarming study published in the journal Neurotoxicology and Teratology, supports the emerging connection between glyphosate and the emergence of neurodegenerative conditions including Parkinson's disease and Parkinsonian disorders. Human epidemiological studies have found an association between Roundup exposure and miscarriages, birth defects, neurological development problems, DNA damage and certain types of cancer.

But, the big agricultural-chemical companies do not seem to have learned from their past mistakes. They have taken the approach, as with the battle against the super rat, that the way to solve the problem of super weeds and super bugs is to spray even more toxic poisons to kill the very invasive species caused by their dangerous experiments on the environment and our health.

Clearly, Dow and Monsanto have joined forces to poison America's Heartland. They have partnered to reintroduce the use of the herbicide 2,4-D, one half of their infamous defoliant, Agent Orange, in support of a weed management program to kill super weeds. These even-more-toxic herbicides are to be sold in tandem with a corn that is genetically engineered to be immune to the poison. This modified corn has been dubbed "Agent Orange Corn."

With this Orwellian approach to farming, there is a predicted doubling of harmful herbicide use in America’s corn belt over the next decade.