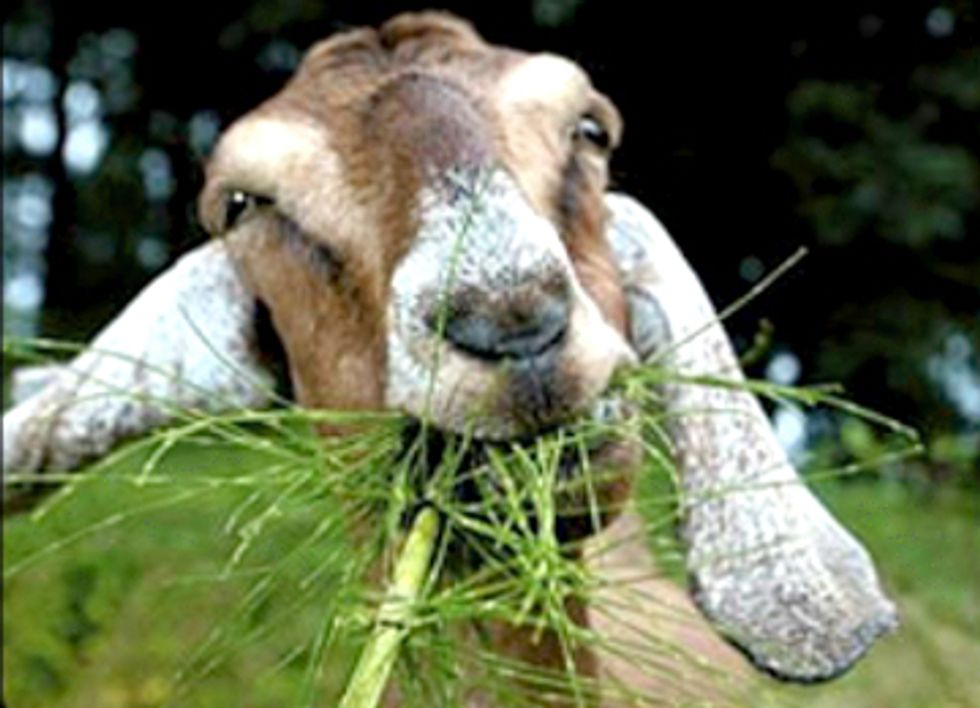 The utility for northern California, Pacific Gas and Electric (PG&E), has enlisted the help of more than 900 goats to clear dried brush on 100 acres of its property. The goats will be used to clear poison oak and brush that is considered a fire hazard. Goats are being used across the country as an effective least-toxic solution for weed management.

The pilot project started this past August and will run through mid to late September. The project is overseen by Flying Mule Farm owner Dan Macon, who has been contracting goats for land clearance for close to 10 years. The goats for the project are coming from Macon’s farm as well as Star Creek Ranch, a goat and sheep operation in the Central Valley.

Goats graze the area in fenced in five to 10-acre sections and have already proven to be incredibly effective by reducing one area with two foot high grass to less than an inch high in just 24 hours. The goats were brought in specifically to reduce dry, flammable vegetation.

“We don’t want fires being sparked and goats are the perfect opportunity,” said Lynne Tomachoff of the California Department of Forestry and Fire Protection in a report by Fox40.

Four years ago a fire in Auburn, CA, burned 340 acres, destroying 66 homes and three commercial buildings. Residents were worried that another fire was possible on the hillside being grazed by goats, as a similar hillside fed the earlier fire.

Residents have responded positively to the use of goats as a fire control. Katy Smotherman, a local resident, was quoted by Fox40 saying, “I looked up and saw the goats. I was ecstatic. Like the old saying goes, an ounce of prevention is worth a pound of cure.”

Beyond Pesticides has long been an advocate for the use of goats and grazing animals as a least-toxic solution for weed management. Goats are often more efficient at eradicating weeds, and are more environmentally sustainable than using harmful pesticides and chemicals. Goats consume everything from shrubs and weeds to thistles and poisonous plants. They can graze up hills and down gullies that are too steep for mowers or machines. As they eat, the goats ensure that weeds do not go to seed. By snapping off flower heads and eating off all the leaves, weeds cannot photosynthesize sunlight to build a root system.

The use of goats as a least-toxic solution for weed management has caught on all across the country. Recently, goats were used to control poison ivy, ground cover, vines and other invasive weeds at the congressional Cemetery in Washington, DC. Goats were used in Durango, CO, to manage weeds, restore soil, and improve land quality on a 65-acre plot that was used for oil exploration. Goats have even been used at airports in Chicago, Atlanta and San Francisco where overgrown property is difficult for machinery and pesticide applicators to reach because of hills and standing water.