3 Reasons We Oppose a Congressional Move to Protect Exxon 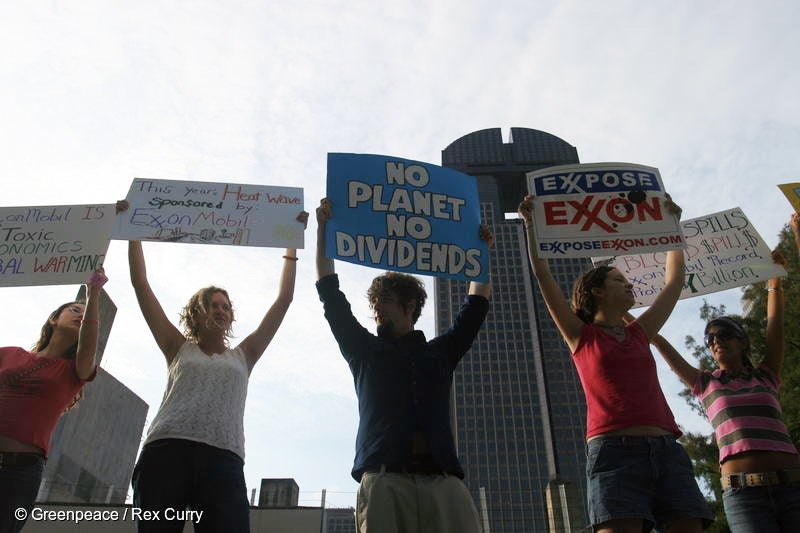 By Annie Leonard and May Boeve

It’s an unprecedented move to demand that 17 Attorneys General, as well as environmental and non-profit groups, including Greenpeace USA and 350.org, turn over internal documents and communications related to our work to expose Exxon’s climate denial. But that’s what Rep. Lamar Smith and other Republican members of the House Committee on Science, Space and Technology did a couple months back. 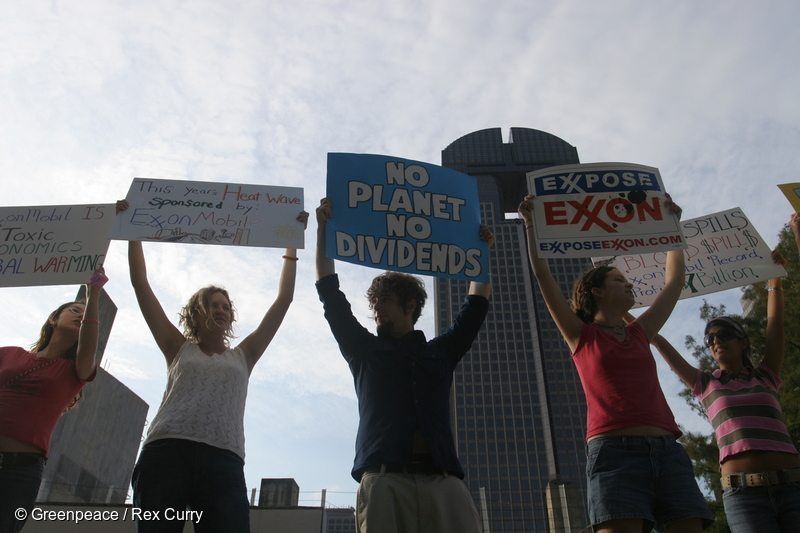 Every one of us has declined to comply, pointing out numerous troubling legal issues that the committee and Chairman Smith choose to ignore. Rep. Smith has continued to disregard these concerns, as well as our offer to engage in further dialogue, demanding our constitutionally protected communications. Communications that serve the public interest, unlike Chairman Smith’s demands.

Not to be outdone, Rep. Smith is now trying a more aggressive approach, by issuing subpoenas to the Attorneys General of New York and Massachusetts and the same groups targeted in the first three rounds of over-reaching demands.

We have declined to comply with those subpoenas and here’s why:

Chairman Smith and his Republican Committee colleagues bombastically claim that their crusade is to protect ExxonMobil’s First Amendment rights, as well as those of so-called scientists and front groups that deny climate change. Actually, no one is restricting their freedom of speech. The Attorneys General investigations are aimed at determining whether or not Exxon committed fraud by sowing doubt about climate change after recent investigative reports confirmed that it has known for decades the serious dangers climate change posed.

At the same time, the Republican members of Congress behind this charade are in fact infringing on our freedom of speech. They are asking independent organizations dedicated to protecting the environment to disclose our constitutionally protected communications, in order to silence our voices about Exxon’s role in climate denialism.

Lack of Jurisdiction Over Ongoing Investigations

The House Committee on Science, Space and Technology has no right to meddle with investigations being conducted by state law enforcement authorities. The mandate of the New York and Massachusetts Attorneys General is completely independent from the federal government. That’s the basis of our democracy.

Investigations into Exxon must ensue; only then will the American people be closer to knowing the truth about what the company and the whole fossil fuel industry did to put their profits over people and the planet. We acknowledge and support the work these Attorneys General started based upon revelations from the media and non-profit organizations.

Rep. Smith and other Committee Republicans are not asking for something specific—nor do they have a good reason for their demands. Rather, they have asked for all of our communications since 2012 relating to investigations into Exxon’s colossal climate denial scheme. They’re hoping it will take a very considerable amount of resources from our organizations to review and produce these documents.

This is a tactic from the corporate playbook to turn attention away from the actual investigations into Exxon and to make it too burdensome for non-profit organizations with limited resources, such as ours, to continue our cause.

As we have reiterated in our responses to Rep. Smith, we will always cooperate with any authorized and legitimate inquiry of Congress or anyone else. This is not one of those inquiries.

We demand accountability, not only from Exxon and its enablers on climate denial, but also of our elected representatives who seem to be protecting corporations over people’s rights.