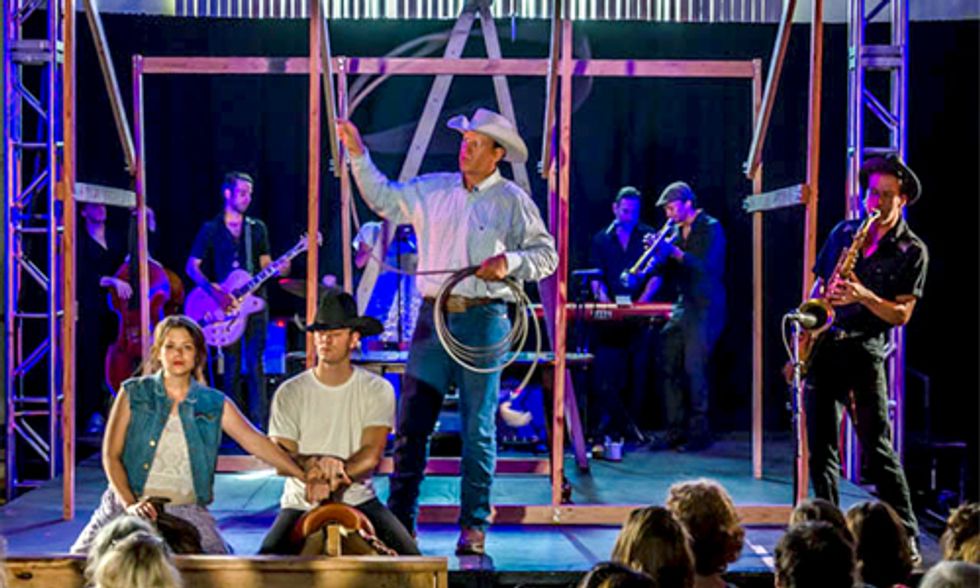 I have to write you a very deeply personal letter right now and I hope it is met with an open mind.

I have a secret to confess.

Well, it's actually not a secret at all, it's a very easy thing to find out if you just Google me, but I am not sure that many of you who are fans of my two documentaries GASLAND and GASLAND Part II know it.

It is this: I was not always a documentary filmmaker and I was not always an environmentalist. In fact, before the gas industry made a maelstrom out of all of our lives, I had a job that I deeply deeply loved: I was a theatre director and playwright.

I made more than 25 new works for the stage with my theatre troupe the International WOW Company. These plays would premiere in amazing places all over the world, hence our name. We performed in Thailand and Japan and the Philippines, we performed in Germany and France, we performed in New York City and in upstate New York. We made huge, fantastical, epic plays with large casts, striking imagery and powerful politics.

But before I go into that I want to tell you one more secret.

Actually, it's not a secret either, if you Google this fact you will get it almost immediately.

It is this: we can run the planet on 100 percent renewable energy.

The science and technology says we can do it—100 percent wind, water and sun. No fossil fuels necessary. No more fracking, no more mountaintop removal, no more tar sands. We have the technology now.

What we don't have right now is enough people and politicians acting to create our new world.

So what The Solutions Grassroots tour does is combine culture and grassroots organizing, creating a powerful tool to change our nation's beliefs when it comes to renewable energy.

The Solutions Grassroots Tour is a theater, film and concert event that gives communities the tools and recourses to build their own renewable energy.

We have created these events to show you exactly how easy it is to immediately switch your power provider.

We have created these shows to show you exactly how difficult it will be to continue living in a hotter, more fracked up world.

We'll also connect you with your neighbors who want to work on this with you.

But don't let me give you the impression this event is all work, organizing and building renewable energy. It's so much more.

The Solutions Grassroots Tour will be the stage debut of rancher and spokesman John Fenton, subject of GASLAND I & II and his son Johnny Fenton, of Pavillion, Wyoming. It will also feature music by Vanessa Bley and Stuart Matthewman and the band Twin Danger and with a cast of more than 20 actors, live video installation and a world-class seven-piece band. It's like no other event on the planet.

It is some of the most important work I've ever done and I want nothing more than for you to come share this incredible experience of retuning to the theater with me.

We've even made a trailer from our first two performances in Oneonta and Callicoon this summer:

Thanks and see you at the show!