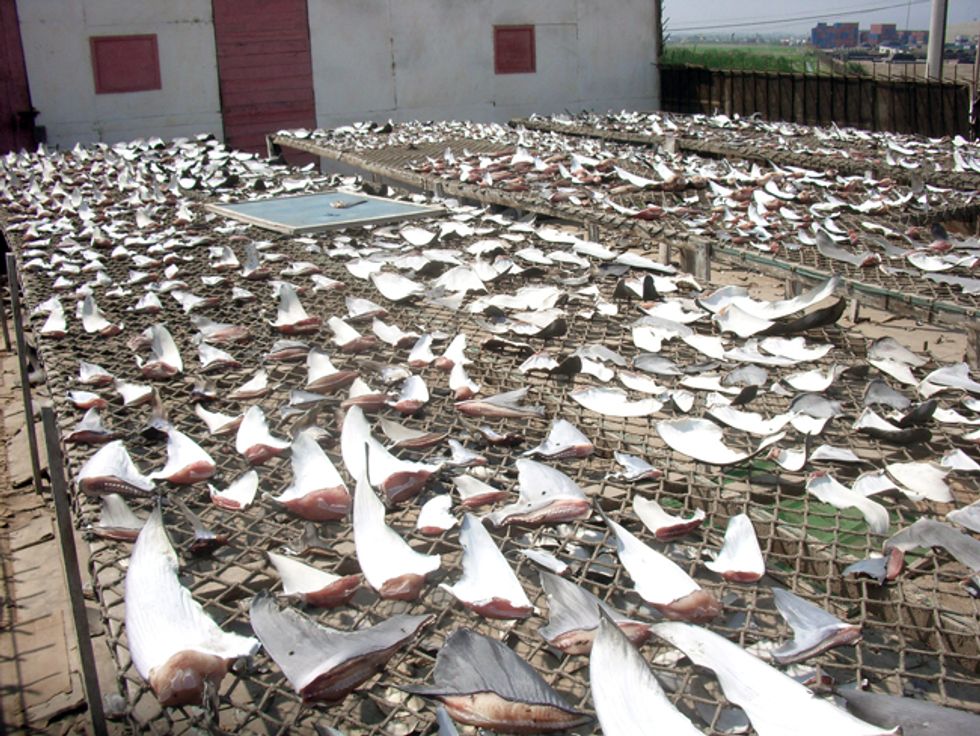 Yesterday, the New York state Assembly took a huge step forward for shark conservation worldwide by passing a bill to ban the sale, trade, distribution and possession of shark fins throughout the state. The bill has already been approved by the state Senate and now has 10 days to be signed into law by Gov. Andrew Cuomo.

“The global exploitation of sharks for their fins is driving many species to the edge of extinction and could wreak havoc on our oceans,” said Beth Lowell, campaign director at Oceana. “As the largest market for shark fins on the East Coast, New York demonstrated its leadership in protecting our oceans by passing this bill.”

The gruesome practice of shark finning—slicing off a shark’s fins and throwing the body overboard, often while still alive—is illegal in the U.S. It is driven by the demand for fins to be used in shark fin soup, which remains a pricey Asian delicacy, often selling for up to $100 a bowl. However, there are no federal laws to address the trade of these fins, which are often imported from countries where where the practice is legal.

Sharks have survived in our oceans for hundreds of millions of years, however they have not evolved yet to survive human exploitation. A study released in Marine Policy earlier this spring estimates that 100 million sharks are killed each year for their fins, a number representing nearly seven percent of the worldwide shark population. Sharks simply cannot reproduce fast enough to withstand this enormous pressure, with some shark populations having declined by as much as 99 percent, mostly as a result of these unsustainable fishing practices. As a result, a growing number of states are standing up and passing their own restrictions.

If the bill is signed into law, New York would become the seventh state to prohibit the trade of shark fins, joining California, Oregon, Washington, Illinois, Hawaii and most recently, Maryland, as the first East Coast state to ban the shark fin trade. A similar bill in Delaware is awaiting the governor’s signature. With both Delaware and New York laws in place, these eight state bans will drastically reduce the market for shark fin soup in the U.S., as they represent the largest markets for this Asian delicacy.

“As apex predators, sharks keep the entire marine food web in balance. They belong in our oceans, not chopped up in a bowl of soup,” Lowell said.