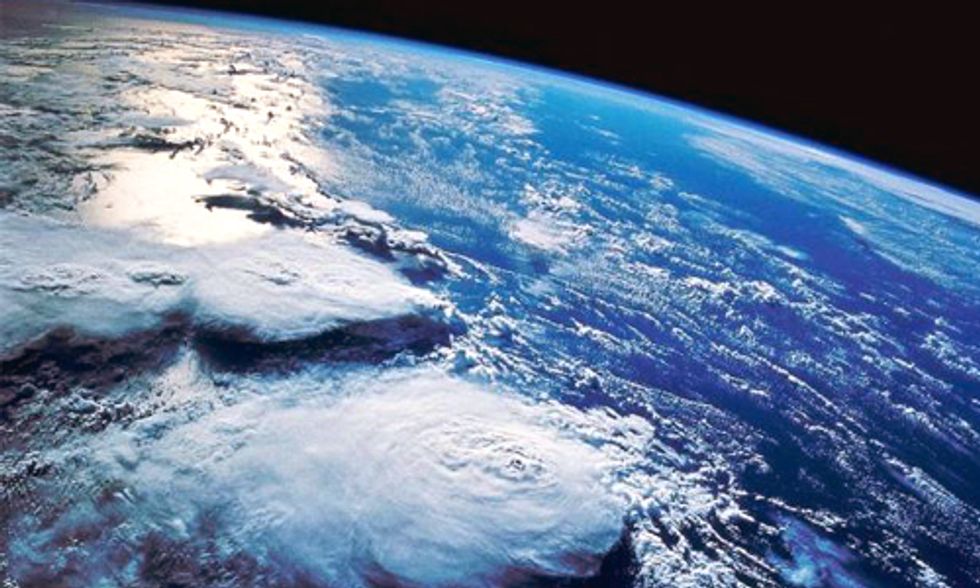 Next week’s global climate talks in Warsaw, Poland need to be guided by a new sense of urgency. After more than 20 years of talking about climate change, it’s time for the nations of the world to start putting a meaningful plan in place to fight it.

This is a watershed moment in our nation’s history. Today, climate change is a real and growing threat to America and the rest of the world.

If all goes well, the U.N. sponsored talks—known as COP 19 (short for the 19th Conference of the Parties to the U.N. Framework Convention on Climate Change)—are expected to lay the groundwork for reaching a long-awaited and much-discussed global climate agreement by 2015, which would then take effect five years later.

But if the past is any indication, it’s hard to get your hopes up. What will be the process and timeline for cutting greenhouse gas emissions worldwide? How do you enforce any agreement? And who pays what to whom in the way of financial aid, recognizing the economic dilemmas faced today by most developing nations? These are extraordinarily difficult questions with no easy answers.

And to compound the problem, let’s not forget one other thing: the U.S. never ratified the 1997 Kyoto accord. So, yes, this is going to be a long, tough row to hoe.

But what choice do we have? Global warming shows no sign of abating. According to the U.S. Global Change Research Project, the temperature in the U.S. has increased by 2 degrees in the last 50 years. In the last century, sea levels have risen roughly 7 inches after not having changed noticeably in the previous 2,000 years. And scientists say there is more carbon dioxide in the atmosphere today than at any point in the last 800,000 years.

This is not, as the Flat Earth Society would lead you to believe, a debate between clean energy and a robust economy. Today, we can have both–and solar, along with other renewable energy sources, are showing how to make this possible.

But you would never know it by listening to the rants of nay-sayers, who have called plans to fight climate change everything from “sheer fantasy” to “massive self-sacrifice.”

From an environmental perspective, few things threaten our nation’s future prosperity more than climate change. That’s why it was so encouraging to see President Obama launch his Global Climate Change Initiative earlier this year.

This is a watershed moment in our nation’s history. Today, climate change is a real and growing threat to America and the rest of the world. It’s indisputable. Sea levels are rising. Arctic ice is disappearing. We’re experiencing more intense and unpredictable storms. And droughts plague the world.

Clearly, climate change threatens our economy, our future progress, our health and safety and even our way of life. Every day, the Earth suffers a little more from human neglect. We can’t wish this problem away, and pointing fingers won’t solve it, either.

America’s solar energy industry is uniquely poised to help. Today, solar is one of the fastest-growing sources of new energy in the United States. More than 30 utility-scale, clean energy solar projects are under construction, putting thousands of electricians, steelworkers and laborers to work and helping to reduce carbon emissions from power plants. These facilities, along with rooftop solar on homes, businesses and schools, will generate electricity for generations to come.

There is now more than 9,400 megawatts (MW) of cumulative solar electric capacity installed in the U.S.–enough to power more than 1.5 million American homes. In the first quarter of 2013, more than 48 percent of all new electricity added to the grid was solar, while through the first half of this year, solar ranked third among all fuel sources when it comes to new capacity.

In addition, Solar Energy Industries Association recently released a comprehensive new report outlining ways to create 50,250 new American jobs and save more than $61 billion in future energy costs by expanding the use of innovative and cost-effective solar heating and cooling (SHC) systems across the nation.

Today, solar employs nearly 120,000 Americans at more than 6,100 companies, most of which are small businesses spread across the United States, making solar one of the fastest-growing industries in America. Part of this amazing growth is attributed to the fact that the cost of a solar system has dropped by nearly 40 percent over the past two years, making solar more affordable– and more popular–than ever. And as solar continues to scale up, costs will continue to come down.

Yet the debate about climate change isn’t simply about money. It’s also about our legacy, as a people. Abraham Lincoln said it best: “You cannot escape the responsibility of tomorrow by evading it today.”

It’s time for the nations of the world to understand that.