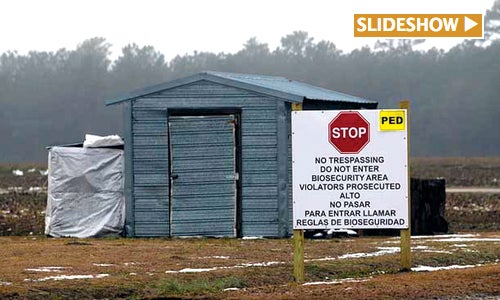 On Thursday, Waterkeeper Alliance and North Carolina Riverkeepers called on the North Carolina Commissioner of Agriculture, Steve Troxler, to protect public and environmental health against the swine industry’s handling of the porcine epidemic diarrhea (PED) virus outbreak in the state.

Commissioner Troxler has been urged to immediately inform the public about the scope of the hog-killing disease and health risks associated with improperly disposing of the infected carcasses. The groups demand the effects of the hog deaths be safely managed by the swine industry and supervised by state officials.

“While we understand that PED cannot be directly transmitted to humans, the massive numbers of pigs that have died from this virus pose a significant concern to the public health if not disposed of properly,” said Gray Jernigan, North Carolina-based staff attorney for Waterkeeper Alliance, in a prepared statement. “There is currently little to no government oversight of carcass disposal in the midst of this epidemic, and we are calling on the state to take action as authorized by law to protect the citizens of North Carolina.”

They also asked Troxler that he petition North Carolina Gov. Pat McCrory to declare a state of emergency to help deal with the PED mortality problem.

A state of emergency would allow state and local authorities, including county health directors, to inspect industrialized swine facilities where the PED virus has left millions of dead and dying hogs.

Burying dead pigs in mass graves is common practice in mass casualty events, and Waterkeepers has raised concerns that areas of the coastal plain, where most infected swine facilities are located, stand a high risk of shallow groundwater and nearby waterway contamination.

In some coastal waters, it already appears the transmission of bacteria and pathogens has affected drinking water supplies and recreational waters. 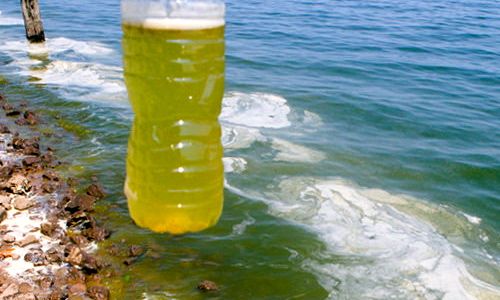 “I have seen first hand the unsafe disposal methods commonly employed on hog facilities. Hogs are commonly buried in low-lying areas adjacent to wetlands. They often sit out for days waiting to be transported for off-site disposal while blood and other fluids seep into the ground,” added Larry Baldwin, New Bern-based CAFO [concentrated animal feeding operation] Coordinator for Waterkeeper Alliance.

The request to Troxler was delivered in a letter that included a Freedom of Information Act request for additional data on the full scope of the PED outbreak, including numbers and locations of affected farms, total numbers of dead animals, number and location of disposal sites and a full and public accounting of the state’s response to the PED outbreak.

A 2007 resolution was also included by the Association of Local County Health Directors (ALCHD) expressing their concerns for the public health, and requesting appropriate reform of dangerous swine production practices. The swine industry sought to kill the resolution—an attempt that was rejected by the ALCHD.

The organization also released a new video that shows the impact of the PED virus on North Carolina farms and human health, and illustrates unsanitary hog disposal methods.

Warning: The video contains graphic images that may be unsuitable for some viewers.

Facts you need to know about the PED epidemic:

Demand that the state of North Carolina address the PED issue by signing this petition.