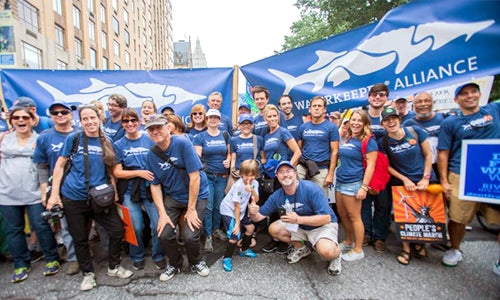 Never in my life have I been in such a mass of humanity as I was today in New York City in the largest climate march in world history. Joining me were 100 members of Waterkeeper Alliance as we marched along with more than 300,000 people through the streets of Manhattan. The march was three times bigger than anyone expected. The day was simply amazing. 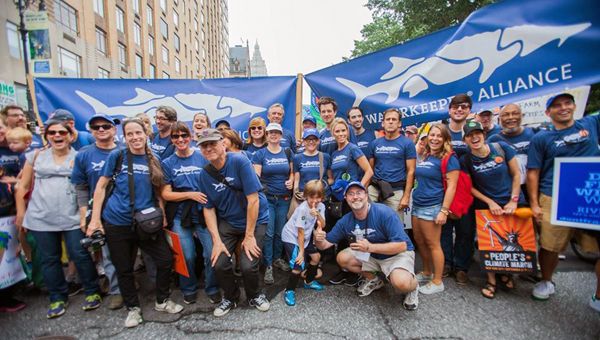 More than 100 Waterkeepers participated in the People’s Climate March on Sept. 21.

We started near 72nd Street on Central Park West and it took nearly two hours to go the first 15 blocks. Helicopters circled, police scrambled, humanity roared. We looped around Central Park, marched along the Avenue of the Americas, and then headed to Times Square.

On normal days, Waterkeepers are busy holding polluters accountable and working to make waterways swimmable, fishable and drinkable, but on Sept. 21 in New York City we marched!

The climate crisis is a water crisis. Rising sea levels, flooding, drought, water pollution and more are all tied to climate change.

We were proud to join our friends and colleagues in the environmental and social justice movements to raise awareness on the dangers of climate change and encourage our political leaders to take strong action.

Gary Wockner, PhD, is the Waterkeeper for the Cache la Poudre River in northern Colorado.