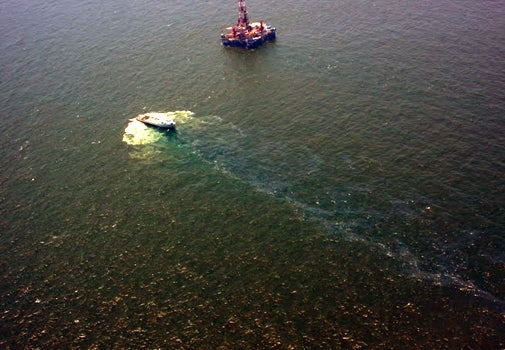 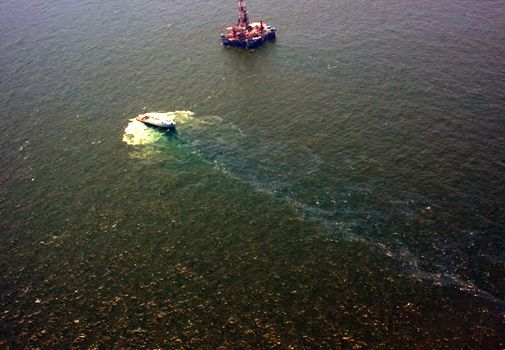 Over hundreds of gallons of oil continue leaking everyday from the Taylor Energy site, where an offshore platform and 28 oil wells owned by Taylor Energy were damaged by a seafloor mudslide triggered by Hurricane Ivan in 2004.

On March 4, Waterkeeper Alliance, in collaboration with several Gulf of Mexico Waterkeeper organizations, filed a Freedom of Information Act (FOIA) lawsuit against the U.S. Coast Guard over unfulfilled requests for public records related to the ongoing Taylor Energy oil spill in the Gulf of Mexico.

The FOIA lawsuit comes more than a year after Waterkeeper Alliance, in conjunction with several Gulf of Mexico Waterkeeper organizations, filed a lawsuit in the Eastern District Court of Louisiana against Taylor Energy alleging multiple violations of environmental laws. Over hundreds of gallons of oil continue leaking everyday from the Taylor Energy site, where an offshore platform and 28 oil wells owned by Taylor Energy were damaged by a seafloor mudslide triggered by Hurricane Ivan in 2004. The lawsuit has faced significant delay, as the court will not allow discovery to begin before ruling on Taylor’s motion to dismiss the case, which has been before the court for more than seven months.

The lawsuit challenges the U.S. Coast Guard’s denial of two FOIA requests, arguing that Gulf Coast residents and the broader American public have a stake in oil spills and leaks in the Gulf of Mexico, as well as the Coast Guard’s handling of those leaks. Waterkeeper Alliance is suing because the Coast Guard has yet to provide responsive documents to the Plaintiffs or the public about the cause of the leak, the volume of oil being leaked, what is being done to stop the leak, when the leak will be stopped, and other relevant and important information contained in public records.

“We filed this suit to stop the spill and lift the veil of secrecy surrounding Taylor Oil’s eight-year long response and recovery operation,” explained Marc Yaggi, executive director of Waterkeeper Alliance. “Neither the government nor Taylor will answer basic questions related to the spill response, citing privacy concerns.”

The public deserves to know how this spill happened and why it continues. Coastal communities should understand the risks involved in developing off-shore oil resources and what protections are in place to prevent damage from future spills.

“The Taylor Oil spill is emblematic of a broken system, where oil production is prioritized over concerns for human health and the environment,” said Paul Orr, the Lower Mississippi Riverkeeper. “Nearly three years after the Deepwater Horizon Spill, none of the comprehensive reforms recommended by the National Oil Spill Commission have been enacted and Congress has yet to pass a single law to better protect workers, the environment or coastal communities.”

A copy of the complaint is available upon request.