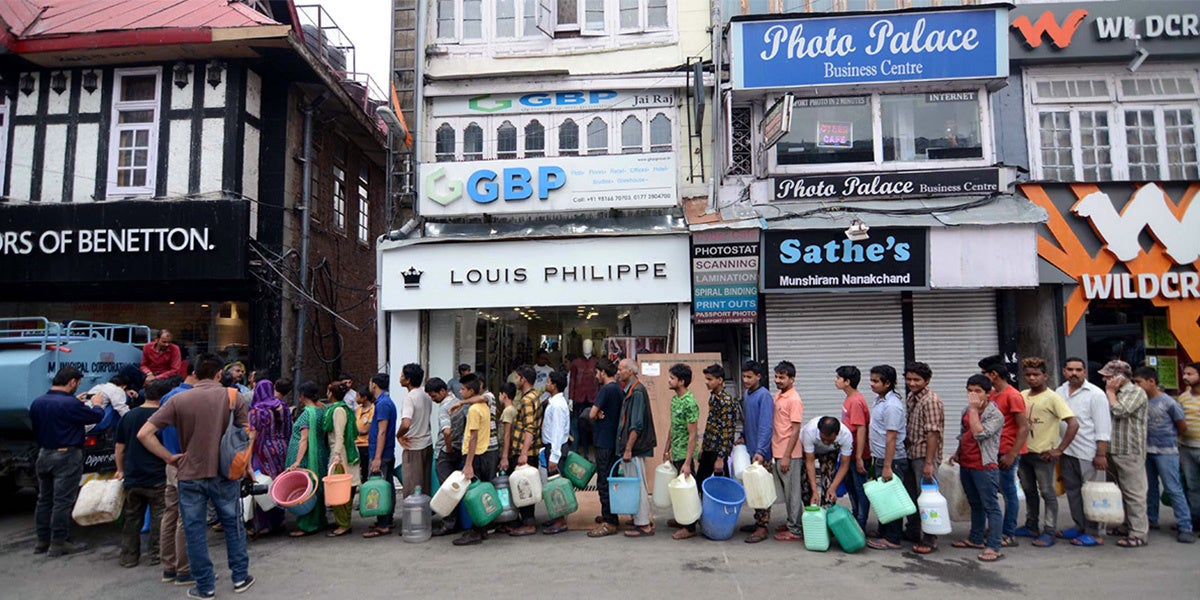 In drought-ravaged East Africa, the cracks in the plains echo the fault lines splitting tribes.

Across the globe, the devastation of deadly brawls is being exacerbated by tensions over access to water. Water crises, often worsened by governance failures, can portend warning signs for instability and conflict. This year, the World Resources Institute cautioned that water stress is growing globally, “with 33 countries projected to face extremely high stress in 2040.” The effects of such water stress span the gamut from civil unrest to open warfare.

Water alone does not explain why a polity erupts into conflict; other factors often play a role. But water scarcity can provide a tangible marker of the government’s failure to deliver basic services, and spur movements of people that overburden cities and exacerbate tensions.

In India, for example, irrigation is causing social unrest and water distribution has become a flashpoint between farmers and the government. In Somalia, communities affected by drought have been exploited by Al-Shabab, a militant group. The recent water restrictions in Cape Town, South Africa, inflamed old racial fault lines in the city. In Niger, Chad and Nigeria water scarcity has fed a dangerous insurgency.

As the Syrian conflict churns towards what is likely to be a brutal climax in Idlib, it’s worth remembering that the country’s bitter civil war may be linked to climate change-induced drought. A study published in the Proceedings of the National Academy of Sciences in 2015 states that an extreme drought that occurred in Syria between 2007 and 2010 was likely contributed to by climate change, and that the drought was a key factor in the violent uprising which erupted there in 2011. The researchers stated that in Syria the drought had a “catalytic effect,” prompting crop failures and the mass migration of more than one million people to urban areas, intensifying existing social stressors.

These issues are beginning to touch the U.S. in myriad ways. The lead crisis in Flint, Michigan demonstrated how democracy is implicated by water quality. In Puerto Rico, a lack of access to safe water is intimately tied to a legacy of poverty and a lack of full representation in Congress. In the parched American west, drought has sparked legal and political contests over ownership of water.

Today, vulnerable communities around the world are agitating for a human right to water that has real, practical meaning. Arid, drought-ridden cities will survive only through their ability to create economic, technical and political means to dispense water equitably and safely. Developing such innovations will be one of the most important projects of the 21st century.