Water Use for Fracking Has Skyrocketed, Stressing Drought-Ridden States 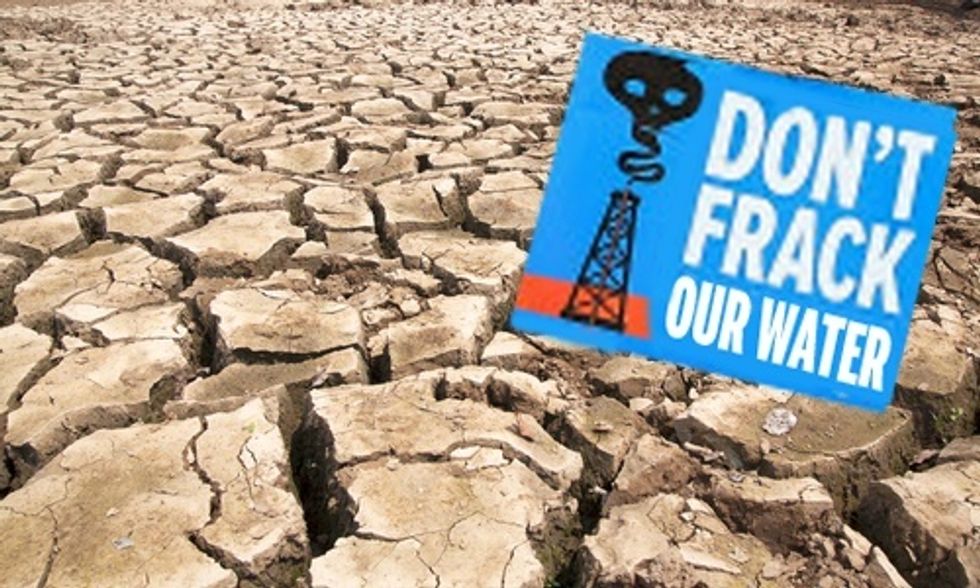 Fracking operations in the U.S. have gotten thirstier in the last 15 years, consuming more than 28 times the water they did a mere 15 years ago.

A new study by the U.S. Geological Survey (USGS), in partnership with the American Geophysical Union, shows that not only has the number of such operations grown as fracking has expanded its reach and improved technology has allowed drilling in harder to reach locations, but individual wells are consuming more water as well. The median amount of water consumed by a single fracked well grew from 177,000 per oil and gas well in 2000 to more than 4 million gallons per oil well and 5.1 gallons per gas well in 2004. That's far more than the 671,000 gallons a year used by a conventional or vertical well. In the 52 out of 57 watersheds with the highest average water use, more than 90 percent of the wells were involved in horizontal drilling in shale gas areas.

Water use in fracking has grown but varies widely across major drilling areas, as this first-of-its-kind map shows. Image credit: USGS

Water consumption within a watershed where fracking takes place varied considerably, depending on the geology of the region and the location of the oil or gas deposit. Some operations in southern Illinois used as little as 2,600 gallons per well, while others in Pennsylvania, Ohio, Montana, Colorado, Arkansas and Texas used as much as 9 million gallons.

"One of the most important things we found was that the amount of water used per well varies quite a bit, even within a single oil and gas basin," said USGS scientist Tanya Gallegos, the study’s lead author. "This is important for land and resource managers, because a better understanding of the volumes of water injected for hydraulic fracturing could be a key to understanding the potential for some environmental impacts."

According to study co-author Mark Engle, the increase is due to the same improved technology that allows companies to reach more out-of-the-way deposits. Fracturing the rock formations in those areas to allow access to the gas or oil requires more fluid to be injected under pressure.

This map shows the percentage of wells in each drilling area that are fracked. Image credit: USGS

Many of those areas have also experienced damaging droughts in the last five years due to climate change-driven global warming. So while the amount of water used in fracking is small compared to other uses such as agriculture, "The reality is there is a pretty strong constraint on the amount of fresh water available,” said Engle.

Some of the water used in drilling operations is recycled. But most of it, laden with toxic chemicals, is injected into deep underground wells where it is removed from future reuse. And, injecting fracking wastewater into underground wells has created another issues for many of these states—earthquakes.

"This research was carried out as part of a larger effort by the USGS to understand the resource requirements and potential environmental impacts of unconventional oil and gas development," says the governmental organization.

And if understanding leads to banning, as it did in New York recently, environmental advocates will cheer.