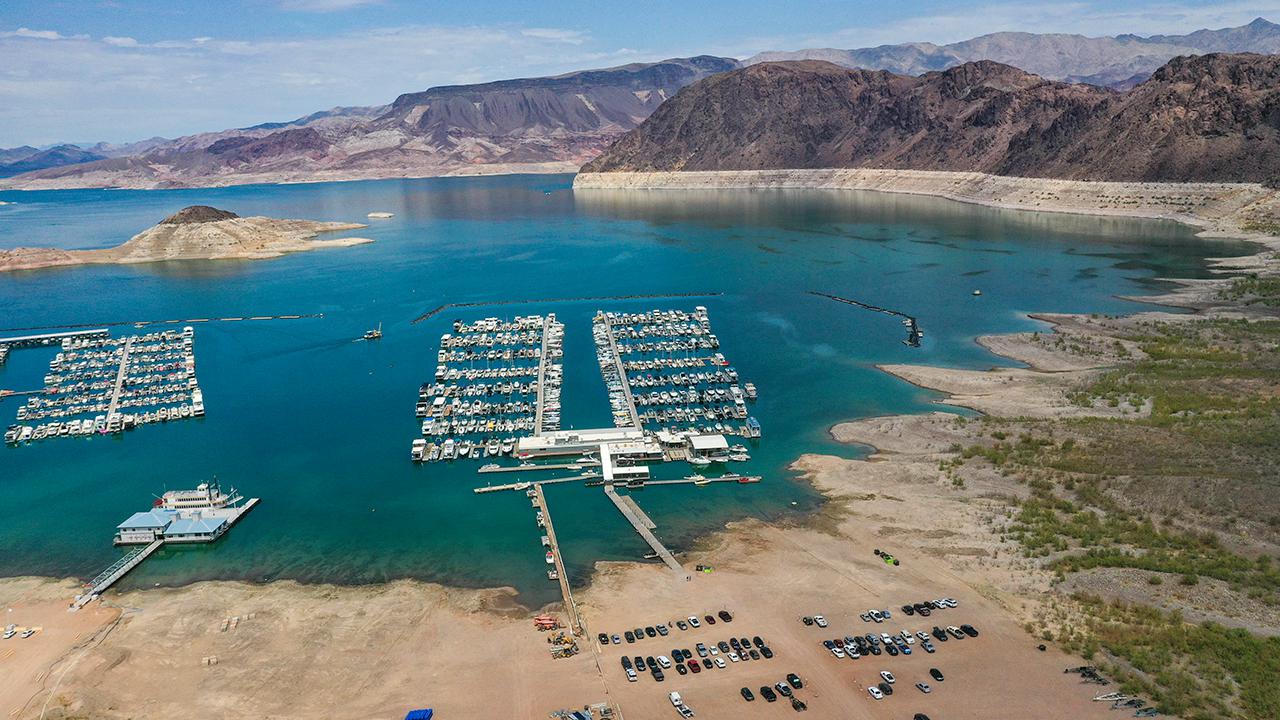 An aerial view of droughts effect at Hemenway Harbor, Lake Mead, which is at its lowest level in history since it was filled 85 years ago, Monday, June 28, 2021. Allen J. Schaben / Los Angeles Times / Getty Images

The federal government is expected to declare a first-ever water shortage in the Colorado River basin by next year at the latest –some believe the call could come this summer. The declaration would implement mandatory water cuts in Lower Basin states, three of the seven in the Colorado River Compact, Newsweek and NPR reported.

The shortages continue to hit farmers particularly hard, but also Indigenous tribes who have long struggled to secure their share of water, even in good years, according to Newsweek.

The river isn’t just responsible for water. Its currents power hundreds of hydroelectric dams, including the Hoover Dam, which produces roughly 4 billion kilowatt-hours of hydroelectric power for Nevada, Arizona and California each year, enough to serve 1.3 million people, according to the Bureau of Reclamation.

June runoff conditions into the reservoirs show the reservoirs are, “fast deteriorating toward ‘dead pool’ status, where stored water is so low it can’t spin the massive hydroelectric power generators buried in the dams, and large swaths of Arizona farmland going fallow,” The Colorado Sun said.

Despite adequate snowpack this year, climate change is fueling drought and soaring temperatures that claim the West’s most iconic waterway.

The river basin’s latest snowpack was 100 percent of normal, but only produced half of normal runoff into the Colorado River and its reservoirs. That’s because water is either evaporating or soaking into dry ground before it can reach the river, said The Colorado Sun.

“It’s startling how with each new projection, you had thought it can’t possibly get worse,” John Berggren, water policy analyst for the nonprofit Western Resource Advocates, told The Colorado Sun. “Even just a year or two ago, most people would have thought these projections are pretty far away from ever happening.”

Kaitlin Sullivan covers the environment, science and health beats. Her work has appeared in NBC News, Popular Science, NPR, VICE and Inverse, among others. Before becoming a journalist, she worked on a farm in Western Colorado, at a hostel in Brazil and as an editor for the American Alpine Club.