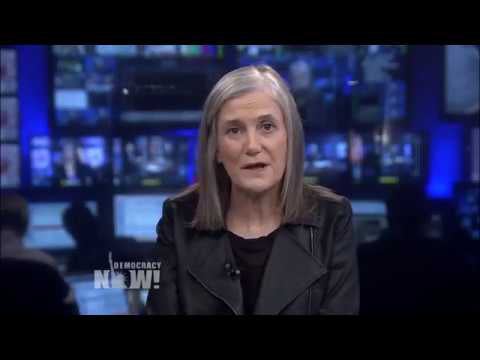 President Donald Trump on Tuesday is scheduled to address the United Nations General Assembly. Climate change is expected to be high on the agenda at this year’s gathering.

As the world leaders meet, another major storm—Hurricane Maria—is gaining strength in the Caribbean and following a similar path as Hurricane Irma. The current forecast shows Maria could hit Puerto Rico as a Category 4 storm as early as Wednesday. The U.S. Virgin Islands, which were devastated by Irma, also appear to be in line to be hit by Maria.

Meanwhile, The Wall Street Journal reported over the weekend that the Trump administration is considering staying in the Paris climate agreement, just months after the president vowed to pull out of it. The White House denied the report. Secretary of State Rex Tillerson on Sunday signaled Trump may back away from the Paris accord, but National Security Adviser H.R. McMaster gave a different message on Fox News Sunday.

We speak with best-selling author Naomi Klein, a senior correspondent for The Intercept. Her most recent book, “No Is Not Enough: Resisting Trump’s Shock Politics and Winning the World We Need,” has been longlisted for a National Book Award.