Water Cut Offs in Detroit Are a Violation of Human Rights 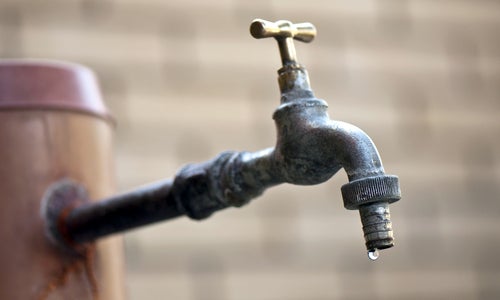 I recently visited Detroit, MI, and am shocked and deeply disturbed at what I witnessed. I went as part of a Great Lakes project where a number of communities and ‎organizations around the basin are calling for citizens to come together to protect the Great Lakes as a Lived Commons, a Public Trust and a Protected Bioregion. We are also deeply worried about the threat of extreme energy such as diluted bitumen from the tar sands of Alberta and fracked oil and fracking wastewater from North Dakota being transported by pipeline and rail near the lakes and on barges on the lakes and are calling for a ban of these dangerous toxins around and on the Great Lakes.

But the people of Detroit face another sinister enemy. Every day, thousands of them, in a city that is situated right by a body of water carrying one-fifth of the world’s water supply, are having their ‎water ruthlessly cut off by men working for the Detroit Water and Sewerage Department. Most of the residents are African American and two-thirds of the cut offs involve children, which means that in some cases, child welfare authorities are moving in to remove children from their homes as it is a requirement that there be working utilities in all homes housing children. 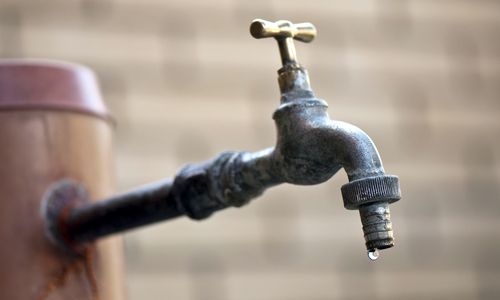 The burden of paying for the water and sewer services—with rates rising 119% in a decade— have landed on those who’ve stayed in Detroit, mostly poor African Americans.

People are given no warning and no time to fill buckets, sinks and tubs. Sick people are left without running water and running toilets. People recovering from surgery cannot wash and change bandages. Children cannot bathe and parents cannot cook. Is this a small number of victims? No. The water department has decreed that it will turn the water off to all 120,000 residences that owe ‎it money by the end of the summer although it has made no such threat to the many corporations and institutions that are in arrears on their bills as well. How did it come to this?

Detroit is a victim of decades of market driven neoliberal policy that put business and profit ahead of public good. Social security programs have been slashed and their delivery privatized. Investment in essential infrastructure has been slashed. Every winter, hundreds of aging pipes spew water from leaks and the water has not been turned off in thousands of abandoned houses and boarded up businesses where frozen pipes also lose huge amounts of water.

With globalization and the hollowing out of the once mighty auto industry, wealth and businesses fled to the suburbs, draining ‎the city of its tax base and the water department of its revenues. (There are one million fewer people living in Detroit than there were in the 1950s.)

The burden of paying for the water and sewer services landed squarely on those who stayed, mostly poor African Americans. Rates rose 119 percent in a decade in a city with record high unemployment and a 40 percent poverty rate.

To make matters worse, as a cost cutting measure, the water department stopped sending bills, expecting residents to just figure out their own bills. It then installed “smart metres” that read backwards and many families were hit with bills in the thousands of dollars. Many of these bills were from former tenants, and many included water bills from near by abandoned houses but that didn’t matter to the authorities.

Recently, the city of Detroit was declared bankrupt by the state and a high priced bankruptcy lawyer was named Emergency Manager with a mandate to get the city back on its feet financially. Nothing is off the chopping block, not the city’s famous art collection or its water utilities which are about to be privatized. As the feisty Charity Hicks, a leader of the resistance to the cuts and a founding member of the Detroit People’s Water Board, points out, authorities see these unpaid bills as a “bad debt” and want to sweeten the pot for a private buyer. Hence the rush to implement a ruthless plan of cut offs for anyone more than two months behind in payments.

It is important to acknowledge the class and race dimension of this assault. There have been no stories on the cut offs in the mainstream U.S. media. One cannot imagine that fact if the people losing their water were middle class white people. But the feeling is that Detroit is a lost cause and the people there deserve what they are getting.

L. Brooks Patterson is the elected CEO of the affluent Detroit suburb of Oakland. In a recent interview in the New Yorker, he affirmed that a statement he had made 30 years ago was still valid. “A number of years ago I made a prediction and it’s come to pass. I said, ‘What we’re gonna do is turn Detroit into an Indian reservation where we herd all the Indians into the city, build a wall around it and then throw in blankets and corn.'”

This man wins his elections with huge majorities.

What is happening in Detroit is a social crime and a violation of the human right to water and sanitation as recognized by the United Nations. It is a violation of the “Obligation to Respect,” whereby a right once realized cannot be removed.

The situation in Detroit is a travesty and the governments of Michigan and the U.S. itself must be held accountable. President Obama must step in.

As more and more of the public space is privatized and sold off to corporations, is this our collective future? Never before have the differences between the one percent and the poor been greater in America.

The daily cut offs of water in Detroit—water needed for life and dignity—are an affront to the notion that we have advanced very far in our understanding of human rights or in its practice. We all stand guilty if we do not shout out against this terrible injustice on our continent.

Lasting Effects of the Polar Vortex on the Great Lakes