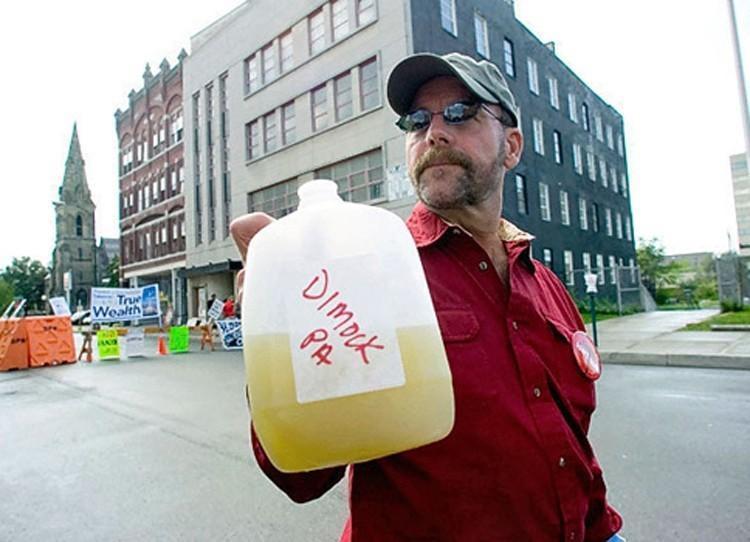 In a ruling released on Friday, U.S. Magistrate Judge Martin Carlson said the amount of the jury’s award was unjustified and that the evidence presented by the families “was spare, sometimes contradictory, frequently rebutted by other scientific expert testimony and relied in some measure upon tenuous inferences.”

The Pennsylvania judge declined Cabot’s request to rule completely in its favor, ordering a new federal trial instead. But he insisted that the parties try to reach a settlement before initiating fresh litigation.

Last year’s decision was hailed as a landmark victory by fracking opponents. The case dates back to 2009 when 44 plaintiffs brought a lawsuit against the company. Scott Ely and Monica Marta-Ely, and Ray and Victoria Hubert were the only plaintiffs remaining on the case.

The rural community’s fight against the controversial drilling method was featured in the 2010 Oscar-nominated documentary Gasland.

A state investigation found that Cabot had allowed gas to escape into the region’s groundwater supplies, contaminating at least 18 residential water wells. But the company insisted that methane migration in Dimock’s water is naturally occurring and the problems in the water wells pre-dated Cabot’s arrival.

According to State Impact, the judge’s ruling cited the plaintiffs’ own admission that their water became contaminated before drilling took place at the affected wells.

Judge Carlson supported Cabot’s argument that the plaintiffs’ case “crumbles at the very issue of causation” because the water problems existed before the company broke ground on the wells in Sept. 2008.

Plaintiffs’ attorney Leslie L. Lewis described the decision as “another dark chapter for the victims of oil and gas contamination.”

“It is not clear to me why the court required an entire year to essentially rubber-stamp defendants’ position that they were somehow robbed of a fair trial,” she told The Philadelphia Inquirer. Lewis said she has not decided whether to appeal the decision.

“Cabot felt confident that once a thorough review of the overwhelming scientific evidence and a full legal analysis of the conduct of the plaintiff’s counsel was conducted, the flaws in the verdict would be understood,” he said in a statement.

Wenonah Hauter, executive director of Food & Water Watch, said the judge’s decision is an attack on Pennsylvania residents who are being harmed by fracking.

“This judge’s decision is one more attack on the health and safety of families of Pennsylvania who have suffered real and substantial harms due to the greed of the fracking corporations operating in their state,” Hauter said. “These residents, and thousands of others, have been abandoned by state environmental regulators, politicians and a governor who promised to help them. Oil and gas fracking will continue to create additional disasters, in Pennsylvania and anywhere else.”