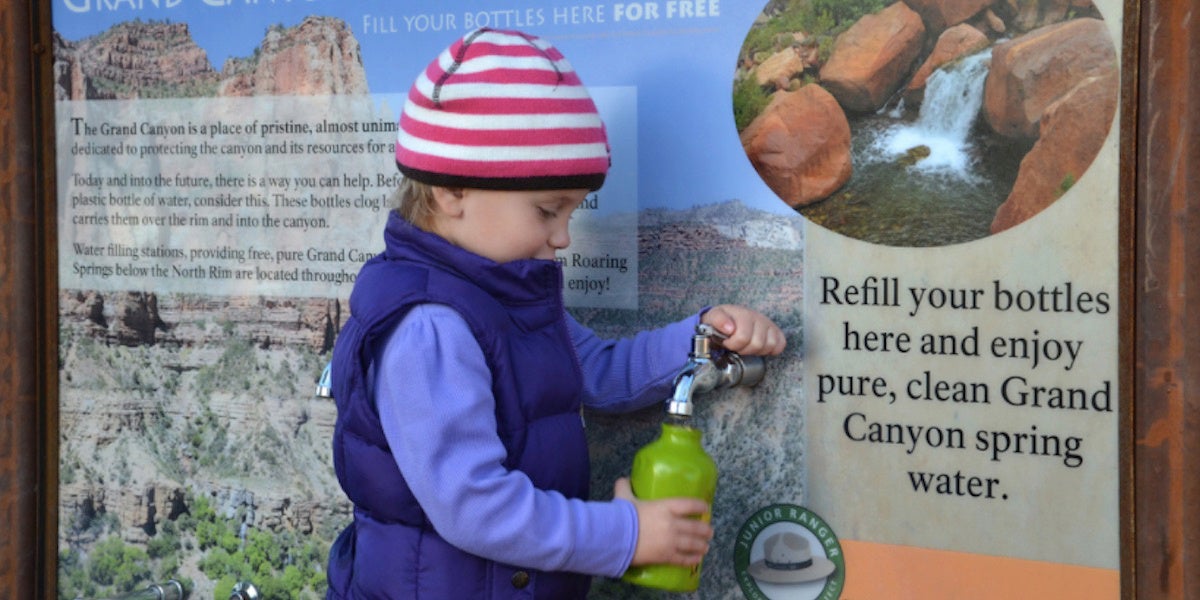 Enter Rep. Mike Quigley of Illinois, who
introduced a bill on Wednesday to restore the path for our national parks to ditch these single-use, non-biodegradable menaces that continually show up in our forests and water bodies. A tipster told EcoWatch that the “Reducing Waste in National Parks Act” (HR 3768) is the first piece of legislation put forward in Congress to address the issue of bottled water reduction in national parks.

The bill would allow National Park Service regional directors the discretion to implement the policy and encourages them to develop a visitor education strategy to explain the rationale for the program.

“President Trump and Interior Secretary Zinke‘s decision to overturn the common-sense plastic water bottle ban in National Parks is a clear reminder that this Administration will continually bow to the agendas of profit-driven corporations at the expense of our National Parks, wildlife, and environment,” said Rep. Quigley in a statement.

“We know that seventy percent of plastic water bottles find their way to landfills and waterways; and in National Parks, those bottles build up along trails and streams, harming our pristine sites and endangering the plants and animals that call them home. Our National Parks serve as shining examples for how to treat our planet, while allowing Americans and visitors alike the opportunity to enjoy our nation’s awe-inspiring natural heritage,” Quigley added. “Reinstating the sensible, flexible ban on the sale of single-use plastic water bottles helps ensure that these public spaces—from Yellowstone and the Everglades to Yosemite and Zion—are protected for future generations.”

Quigley, a Democrat who represents most of Chicago’s North Side and some of its western suburbs, serves as vice-chair of the House Sustainable Energy and Environment Coalition. You might remember that he introduced the “Communications Over Various Feeds Electronically for Engagement” or COVFEFE Act—a bill with a silly name but dealt with a serious issue about archiving Trump’s tweets from his personal account, @realDonaldTrump. 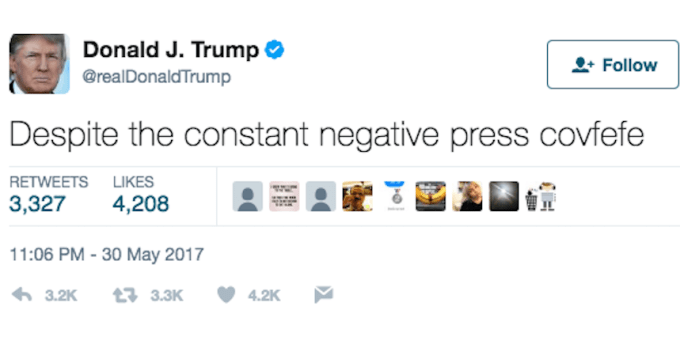 A tweet from Donald Trump that baffled the internet.

“Rep. Quigley’s bill would ensure the National Park Service can continue building on a successful waste-reduction program,” Taurel said. “The Park Service has a strong record of conservation, preserving some of our most important cultural and natural resources for more than 100 years. We commend Rep. Quigley’s environmental leadership and his support for innovative programs that help protect our public lands and waters for future generations.”