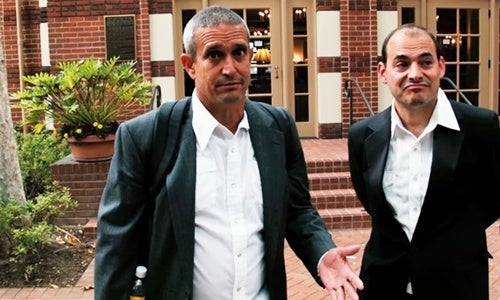 The Yes Men are at it again. Known for their prankster activism, the “culture jamming activist duo” created by Jacques Servin and Igor Vamos have now offered a unique solution to California’s ongoing epic drought. 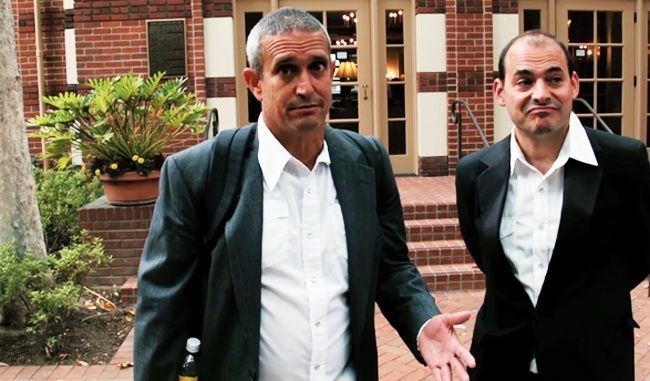 In an ironic video—a collaboration with the comedy video website Funny or Die and the Guardian—the activists’ spoof campaign suggests that hipsters stop showering if they must continue eating beef.

The campaign highlights one of the main issues surrounding California’s record-breaking drought—one which hasn’t been getting much press: The water-intensive cattle industry. At any one time, there are more than 5 million cattle in California, and they use nearly half of the state’s water supply.

To put that figure into more personal numbers: It takes 2,500 gallons of water to produce just a single pound of beef. A pound of wheat, by comparison, requires only 100 gallons to produce.

California produces a huge chunk of the American diet. In addition to beef (California has the fourth largest cattle population in the country, following Texas, Nebraska and Kansas), the state produces more than 90 percent of the nation’s broccoli, artichokes, kiwis, plums, celery and garlic.

As Chris Hunt and Peter Hanlon of the GRACE Communications Foundation, a non-profit that highlights the interconnections of the food, water and energy systems, recently put it: “Through the food we put on our plates, California’s drought is also America’s drought.”

So all Americans have a role to play through what and how much they consume. And since it wouldn’t be politically correct to suggest that people eat less beef, the Yes Men have attacked the issue in another way: If you won’t sacrifice eating beef, then sacrifice your personal hygiene.

In another bizarre ironic twist, the New York Times recently pointed out that California is exported 100 billion gallons of water a year in the form of cattle feed. The state’s most water-hungry crop—alfalfa—is being sent abroad to feed Chinese cows.

Clearly, there is something wrong with the way water is being managed. But are you prepared to do anything about it?