Watch The Future Melt Away 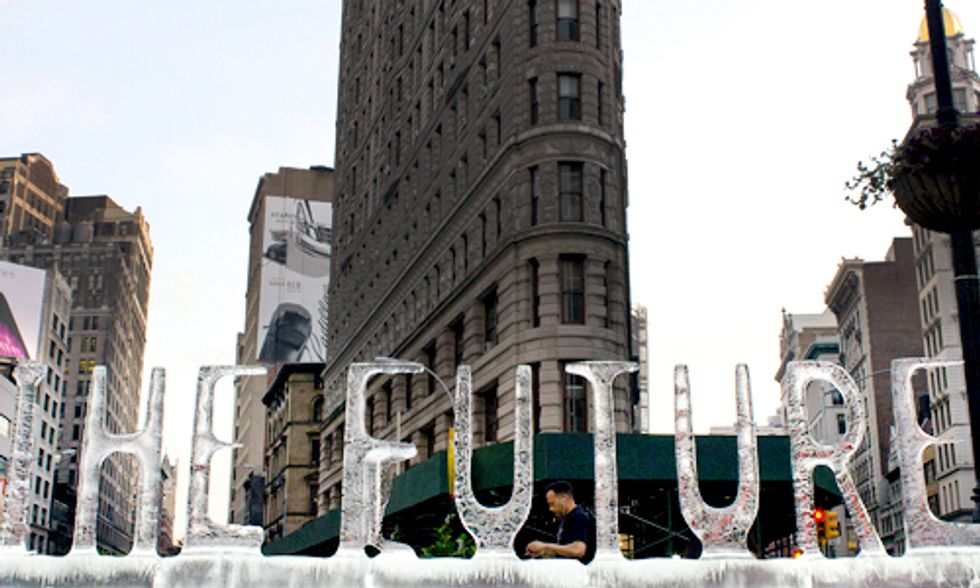 On Sept. 21, the same day as the People's Climate March, public art creators Nora Ligorano and Marshall Reese installed a 3,500 pound ice sculpture of the words "The Future" at the intersection of Fifth Avenue and 23rd Street at Flatiron North Plaza in New York City.

Watch this inspiring video of some of the public's reactions to the future melting away.

“When you begin to witness the rapid changes occurring on the planet, rising temperatures, increasing droughts, the extinction of vast numbers of species, you think about loss and disappearance,” said Reese. “Ice is the perfect material for bringing awareness of what that kind of change means.”

The ice sculpture was titled "Dawn of the Anthropocene" to describe the effect of humanity on the Earth's systems, to show how humanity has entered an age when the power and impact of humans is as great, if not greater, than nature’s.