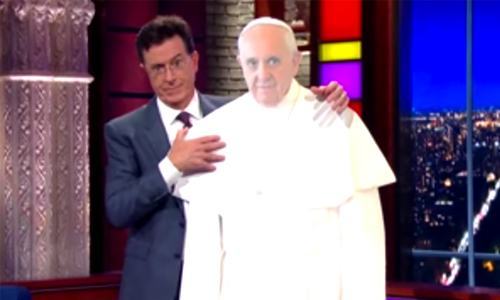 It’s clear that Stephen Colbert is a big fan of the Pope. On Wednesday night’s Late Show, Colbert gushed about the holy leader, who he affectionately calls Frank. And he ripped into Congressman Paul Gosar (R-AZ), who boycotted the Pope’s speech to Congress.

Last night, the so-called “Francis Fanboy” was at it again.

He even went so far as to sing a special song for the Pope.