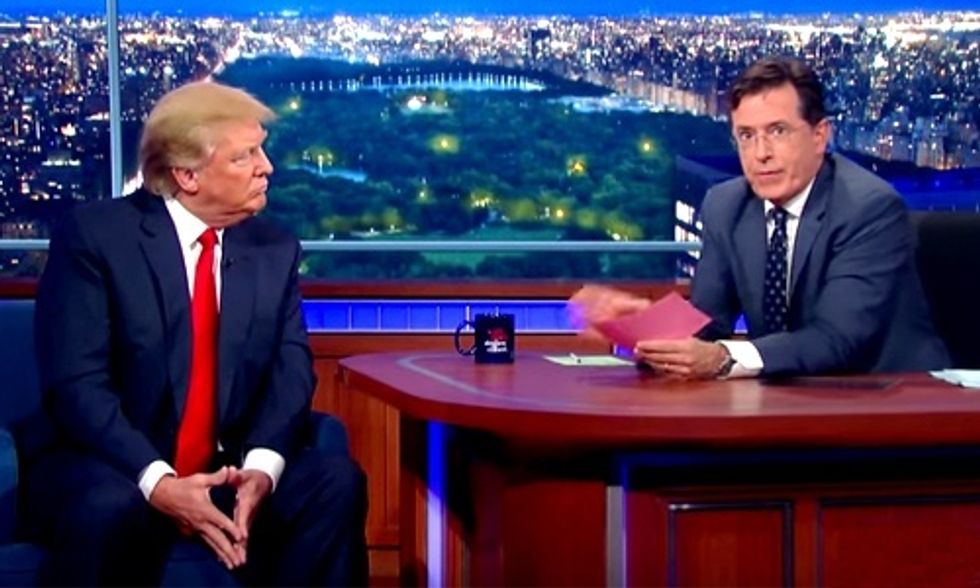 Donald Trump made an appearance (or as The Donald would say, graced us with his presence) on the Late Show with Stephen Colbert last night. The Donald, known for always being on the offensive was actually quite "subdued."

Then, Colbert played a game with Trump called "Trump or Colbert?" in which Trump had to guess whether he or Colbert made a certain statement.

See what The Donald had to say:

On Monday, Trump spoke on the Hugh Hewitt Show, re-affirming just how adamantly he denies that climate change is happening.