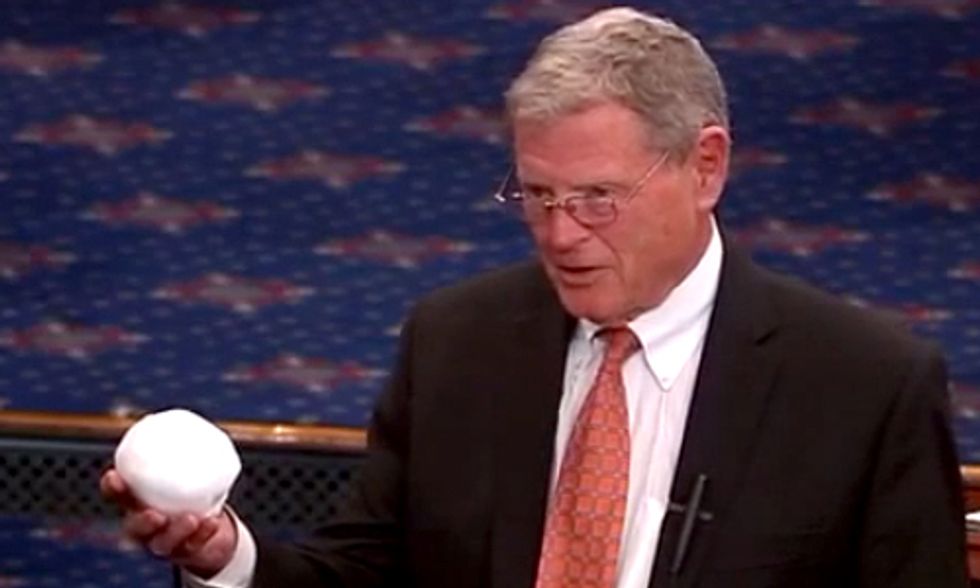 In case you were wondering if snow in Washington, DC dismisses the facts of climate change, watch infamous meteorologist Al Roker explain to Larry King this week that, "Here in the East you’ve got brutal cold. Yet globally January was the warmest month on record. So there’s all these swings that are happening. Climate change makes that more possible.”

But try and tell that to Sen. Jim Inhofe (R-OK) who thinks because it snowed in DC, climate science isn't real. He tries to get his point across today by throwing a snowball on the Senate floor saying, "Mr. President, catch this."

"With CPAC [Conservative Political Action Committee] in town, who could have guessed that the most ridiculous move on climate change today would come from the floor of the U.S. Senate? While an overwhelming majority of Americans are demanding Congress act to protect our communities and public health by curbing carbon pollution, Sen. Inhofe showed that there is a snowball's chance in hell that the Republican leadership will do anything but push the agenda of the fossil fuel industry."