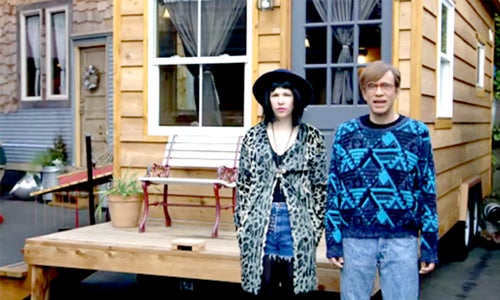 For those not familiar with Portlandia, now in its fifth season, this hilarious sketch comedy show is set and filmed in Portland, Oregon. The show stars Carrie Brownstein and former Saturday Night Live cast member Fred Armisen. Brownstein and Armisen created the show along with Jonathan Krisel, who directs it. The highly satirical show is scripted, but also heavily improvised. 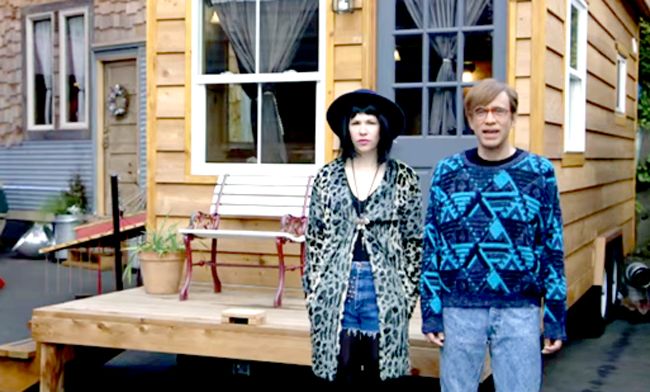 It has been highly acclaimed, winning a Peabody Award and an Emmy Award in 2011, and has been nominated many more times for an Emmy. It airs on IFC, but the entire show or short clips are available on a variety of platforms, including Netflix, Hulu, Amazon Instant Video and YouTube.

The show satirizes the hipster and eco-conscious culture that Portland is so famous for, including segments of a bohemian couple going to great lengths to make sure their restaurant order is ethical and humane and a clerk at a natural foods store getting very flustered when he discovers a customer forgot to bring his reusable bag.

As a sign of how popular tiny houses are these days with even college kids in Iowa building them for next to nothing, Brownstein and Armisen parody life inside a tiny house in their latest episode.

See How Two College Students Built a Tiny House for $489

Meet The Float, a Green-Roofed Floating Home Made From Cork and Timber