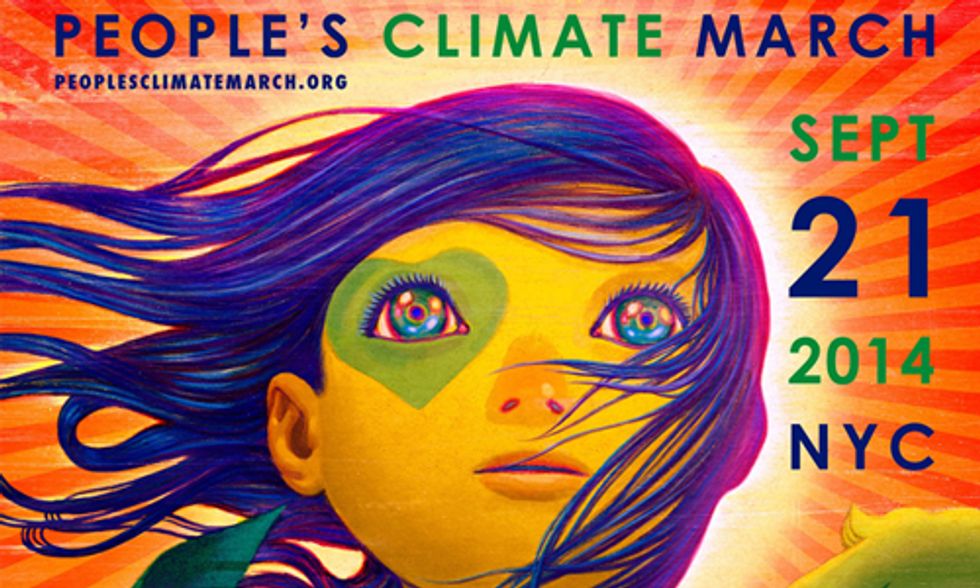 Predictions are growing for the number of people who will be arriving in New York City Sunday for the historic People’s Climate March. And if you can’t be among them, you can follow all the action here, as EcoWatch livestreams the event right on this page from 10:30 a.m. to 1:30 p.m. EDT, thanks to Democracy Now!

With more than a million flyers handed out throughout New York City, nearly 500 buses scheduled to arrive from around the country, young people planning to come from 320 campuses nationwide, hundreds of religious institutions participating and 32 marching bands scheduled to play, march organizers are preparing for an event whose numbers could reach 100,000 people. Traffic will be blocked off on Central Park West from 59th to 86th streets to accommodate the crowd.

Starting at 10:30 a.m., various groups participating in the march will stage rallies or deliver public statements at different spots along the march route. At 11 a.m. labor unions will hold a rally with thousands of members just south of Columbus Circle on Broadway.

The march itself steps off at 11:30 a.m. at Columbus Circle, heads east on 59th Street, south on 6th Avenue, west on 42nd Street and ends at 11 Avenue and West 42nd Street. The lead marchers should reach the route's terminus around 2 p.m.

Stay tuned to EcoWatch to be part of the historic People's Climate March!

The People’s Climate March: A Time Where 'We' Can Make a Difference