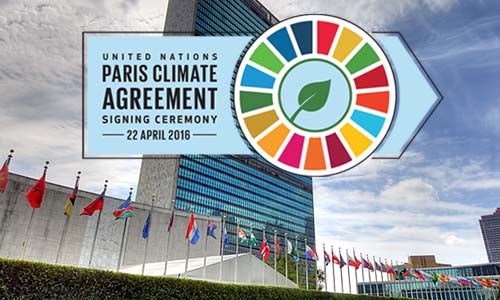 The high-level United Nations event today, which marks the first day of signing period for the Paris climate agreement, is set for record participation by nearly 170 countries.

Watch the Paris climate agreement signing ceremony at the United Nations in New York City live as world leaders sign the historic deal. The program has already started and will run until approximately 1 p.m. ET:

The Paris agreement has already mobilized action around the world, and this overwhelming global support for the signing ceremony signals that the trend will continue.

Heads of state and other high-ranking government officials will represent most countries; Sec. of State John Kerry will sign for the U.S., despite opposition efforts from Senate GOP. The UN has pledged to make the event climate neutral.