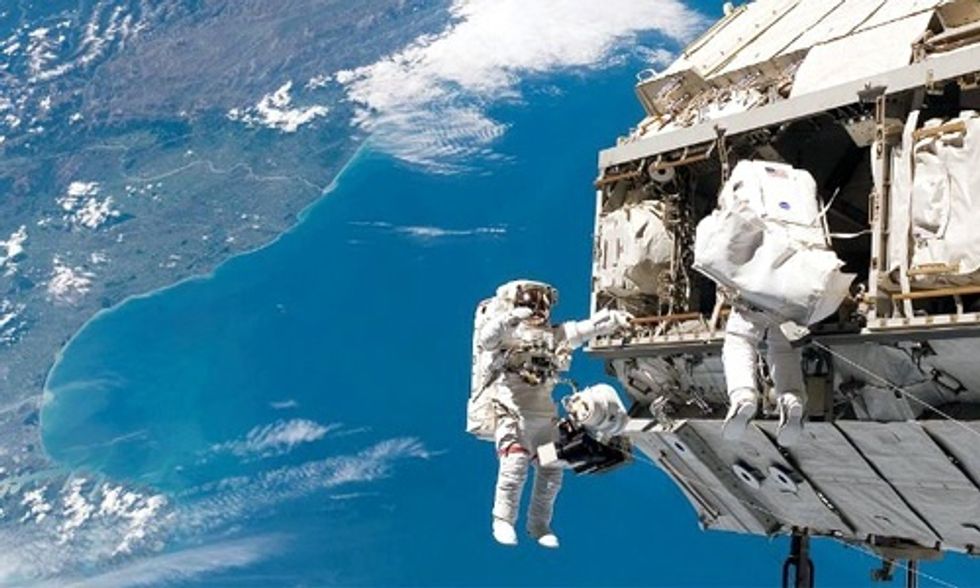 From 11 a.m. to 3 p.m. today, you can watch as NASA astronauts embark on their first ever spacewalk. They will venture outside of the International Space Station to perform some routine maintenance.

It's the 189th spacewalk in the Space Station's history, but it's this crew's very first one. Even Commander Scott Kelly who has spent more time in space than any other U.S. astronaut has never performed a spacewalk until now. Kelly will be joined by flight engineer Kjell Lindgren as they service the station. NASA Administrator Charlie Bolden introduced the event at the Center for American Progress beginning at 10 a.m.