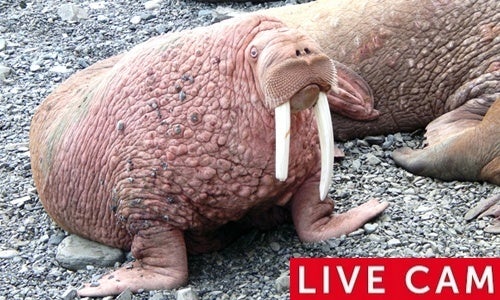 The nonprofit Explore installs live cameras around the world to better connect humans to some of the most amazing animals found in nature. It recently revived a walrus live cam, which is capturing the Pacific male walrus migration, after a nearly 10-year hiatus. The Alaska Department of Fish and Game almost shut the program down because of state budget cuts, but Explore was able to procure a grant to keep the program alive, which the nonprofit says “provides essential preservation and protection of the walrus,” which are often illegally hunted for their tusks. The program also promotes scientific research and public education about walruses.

Seeing “a walrus, let alone thousands of walrus, in their natural habitat is one of the rarest views of wildlife imaginable,” says Explore. The high-resolution cameras, which first went live in 2005 but “went dormant after private funding dried up” are back, according to Mashable. Daily, they capture up to 2,000 walruses from a mere 14 feet away as these interesting looking creatures stroll onto Main Beach on Alaska’s Round Island to rest after the winter mating season.

“Every summer and early fall, large numbers of male walruses migrate away from the ice to feed in Bristol Bay and journey further to Round Island for several days between each feeding foray,” says Explore. While “female walruses travel further north and remain on the ice edge with the newborns and young calves, feeding and resting.” 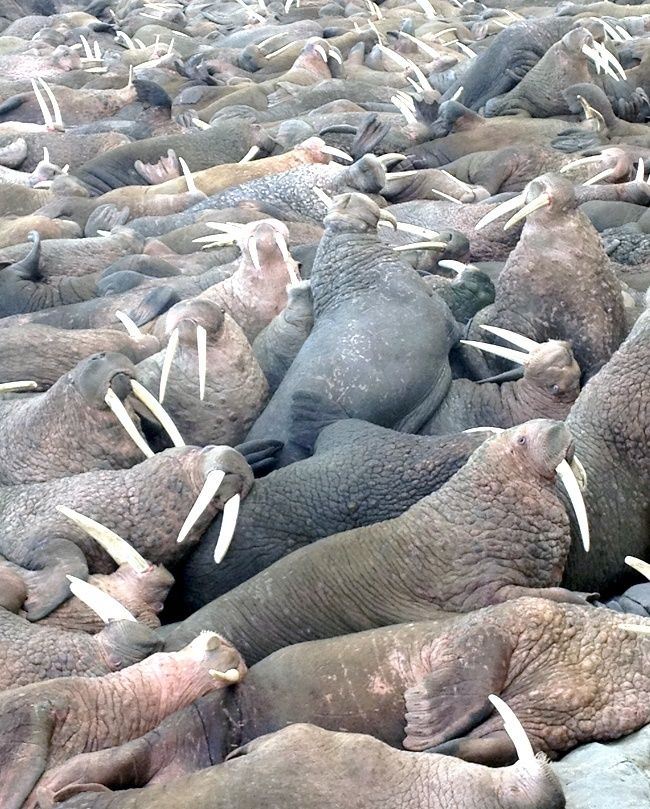 These social creatures can be seen on the live cam sleeping, playing with each other and fighting. Photo credit: Explore

The best viewing times are from 6:30 a.m. to 10:30 p.m. Alaska Daylight Time (four hours behind East Coast time) from May through August. Explore has even set up the cameras to have live chat capabilities so that park rangers and walrus researchers can answer viewers’ questions.