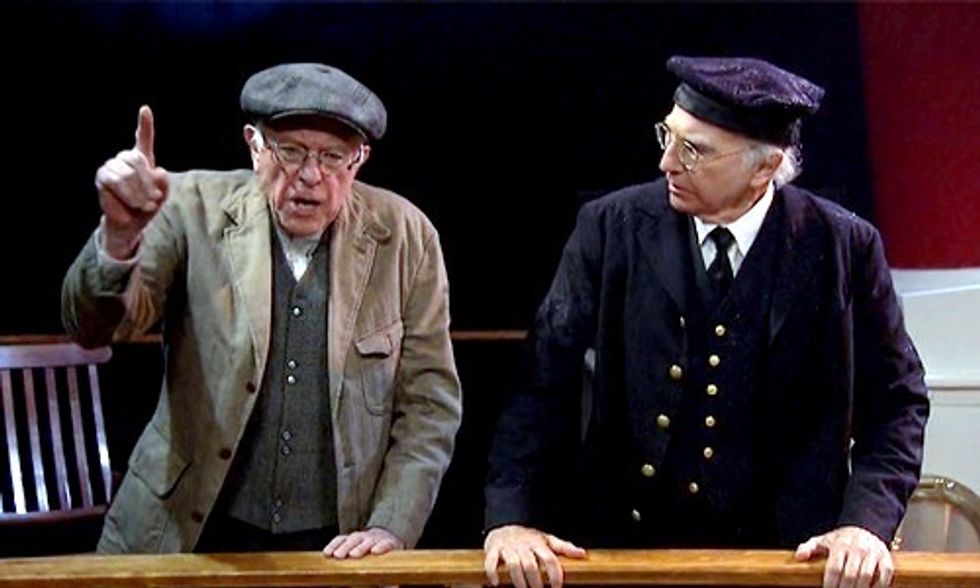 Last night Sen. Bernie Sanders made his much anticipated, first appearance on Saturday Night Live. He played a Jewish Democratic socialist immigrant coming to America on a sinking Titanic-like ship.

Sanders appeared in the skit with the show's host, comedian Larry David, where David was seeking special help over women and children because he is wealthy and felt his life was more valuable to save.

“Hold on, hold on, wait a second,” Democratic presidential candidate Sanders said to applause from the crowd as he first appeared on stage to counter David's plea. “I’m so sick of the one percent getting this preferential treatment,” he said. “Enough is enough.”

Sparks Fly in Most Explosive Democratic Debate Yet