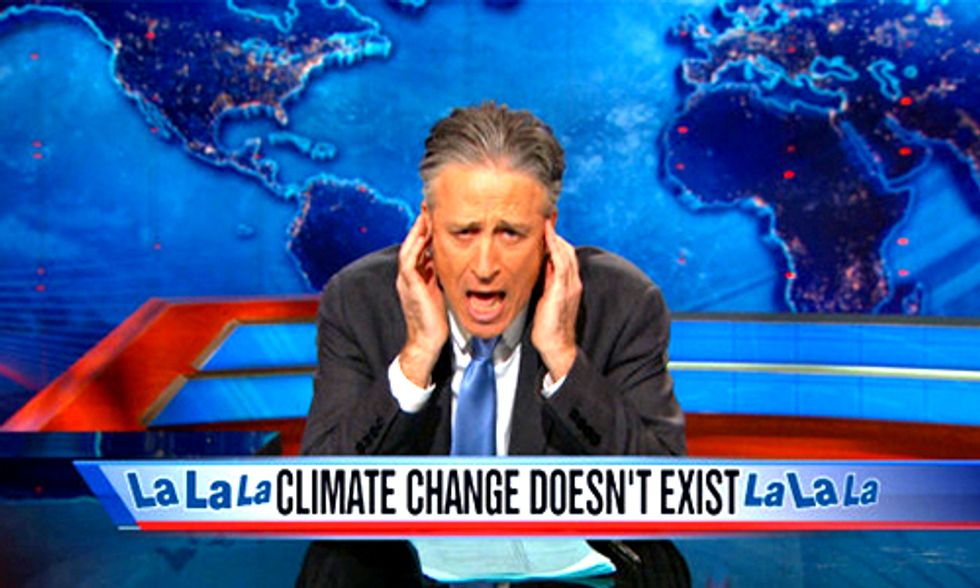 Florida Gov. Rick Scott insists that there's no ban on the term "climate change," but statements from Florida officials keep telling a different story. Look no further than the state's chief of emergency management at a state Senate hearing who comically refuses to use the term. On last night's The Daily Show, Jon Stewart takes his turn poking fun at the Rick Scott's administration as more and more state officials come forward to say that they were told not to use the "C words."

One former Florida Department of Environmental Protection employee, Kristina Trotta, was told to use the term "nuisance flooding" instead of "sea level rise" and was told she could only say the water was getting hotter and not why it was getting hotter.

Ah yes, that darn nuisance flooding. Well, if certain denizens of the Sunshine State don't want to use those naughty "C words," Jon Stewart has his trusty "Roget's Denial Thesaurus" to offer some alternatives.