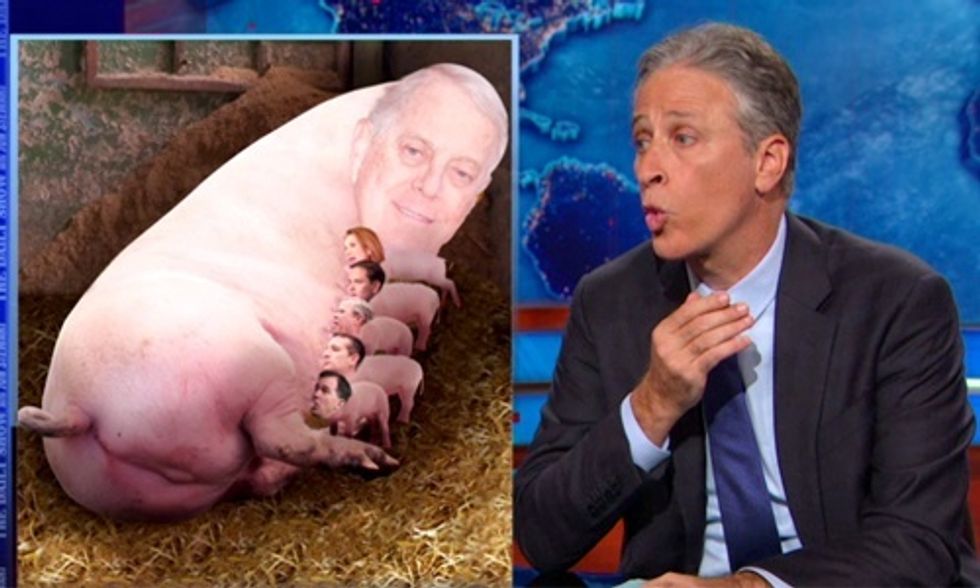 It's Jon Stewart's final week on The Daily Show, so naturally his opening segment is about the Koch brothers and his follow up segment is on Fox News.

Stewart opens with: "We've got good news. The California drought is over because last weekend a special group in California made it rain."

The event was being called "the Koch primary" because the billionaire brothers and their vast network of wealthy conservative donors have pledged to donate nearly $1 billion to, as Stewart says, "buy the next election." And the "five Republican candidates were more than happy to come on down and gobble some Koch," Stewart says wryly.

"You see these candidates go out to a billionaire conference begging for money," explains Stewart. "And they wind up looking like a bunch of puppets. Try finding a Republican candidate that will tell you that."

But, Stewart has indeed found a candidate who is calling it like he sees it. Can you guess who it is?