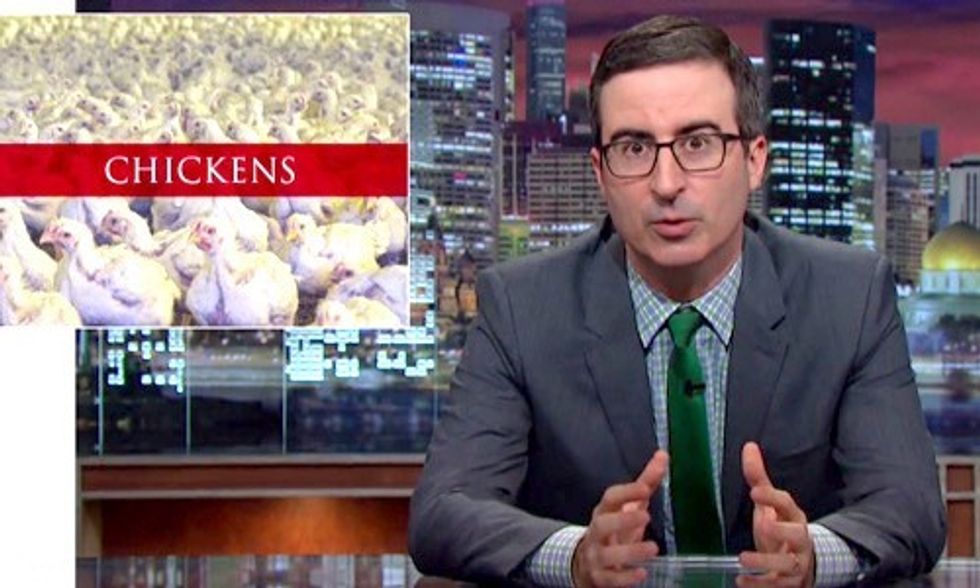 Last night on Last Week Tonight, John Oliver exposes how chicken farming in the U.S can be cruel and inhumane—and not just for the chickens. "The U.S. poultry industry is dominated by four gigantic companies: Pilgrim's, Tyson, Perdue and Sanderson Farms," he explains. Oliver readily admits that animal cruelty is a major issue in modern chicken production, but, in his weekly segment, he focused on the often glossed over life of a chicken farmer, which "has been tough for a long time," he says.

What happens when chicken farmers complain about the cruel conditions they are subject to? "Every time that I've spoken out against the poultry companies' wrongdoings, they retaliate by cutting my pay, cutting my chickens back or cutting the quality of my chickens that I get," said one poultry farmer.

Watch how the chicken industry and government officials have responded to chicken farmers' concerns: