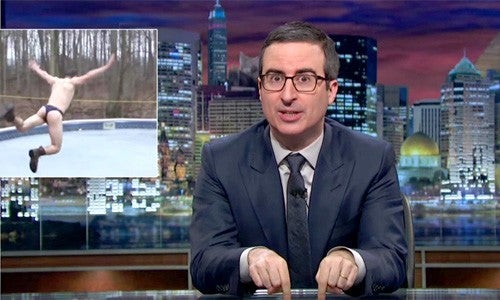 HBO’s John Oliver was back Sunday night with his first new episode of Last Week Tonight and he wasted no time going after the Republicans for refusing to consider any nominations to replace Supreme Court Justice Antonin Scalia and attempting to block access to the ballot box with restrictive voter ID laws. 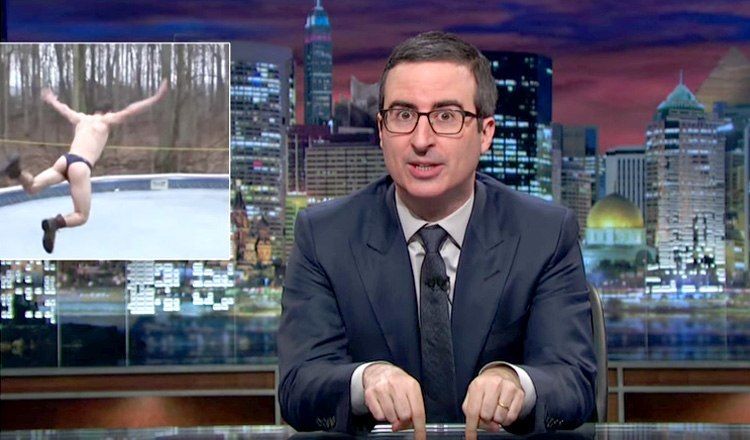 John Oliver Oliver explains that voting is “the cornerstone of American democracy—the unshakeable principle that everyone should have an equal vote, even idiots.”

He shared a clip from Saturday night’s GOP presidential debate showing Ted Cruz saying, “We’re not gonna give up the U.S. Supreme Court for a generation by allowing Barack Obama to make one more liberal appointee,” and Donald Trump spouting, “I think it’s up to Mitch McConnell and everybody else to stop it, it’s called delay, delay, delay.”

Oliver’s response was, “Well, that does not bode well because Mitch McConnell is actually pretty good at delaying things for people—whether it’s legislation, court appointments or orgasms.”

Oliver then discussed the “strange, unwritten rule of the Senate that is being cited to justify this behavior” known as the “Thurmond Rule.” In a clip, a newscaster explains that “There is a rule in the Senate, it’s an informal rule, called the Thurmond Rule. The rule that Strom Thurmond put forward was no president in the last six months of their presidency should be able to appoint a judge that has a lifetime appointment.”

Watch here to see what Oliver thinks of the Thurmond Rule:

Oliver then went on to his main story for the night, voting. Oliver explains that voting is “the cornerstone of American democracy—the unshakeable principle that everyone should have an equal vote, even idiots.”

He explains that “in recent years some state have made voting easier … but sadly others have gone in the opposite direction.” And, that “depending on who you are and where you live, you might face new obstacles to voting this November thanks to, among other things, the Supreme Court decision to weaken the Voting Rights Act.”

Watch this in-depth segment where Oliver explains which states are working the hardest to block access to the ballot box: